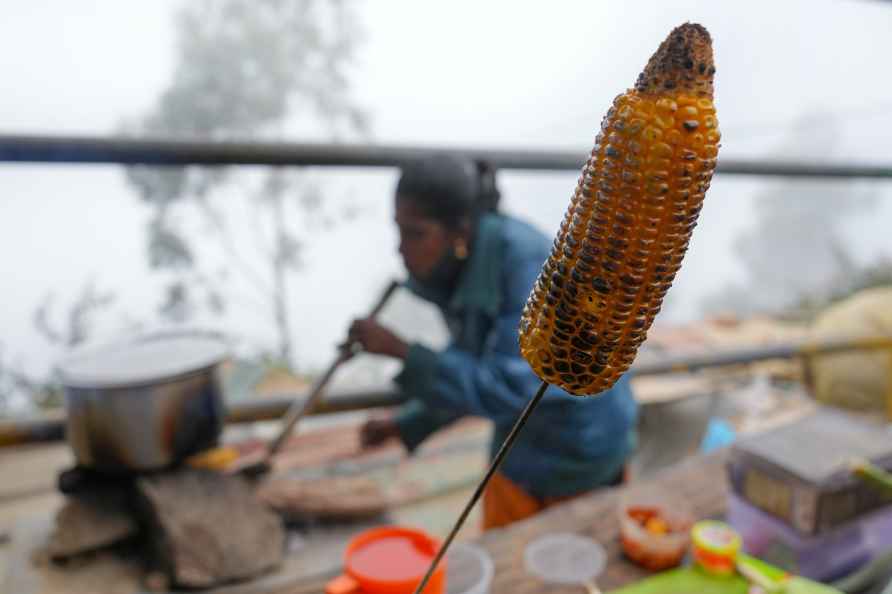 Mumbai, Jan 24 : In a major shocker, a gang of four persons, including a woman, impersonating Enforcement Directorate (ED) officers, "raided" and looted a Mumbai bullion dealer of gold and cash worth over Rs 2 crore, police said on Tuesday. Moving swiftly into the investigations, the LT Marg Police have arrested three of the accused - Mumbaikars M. Fazal S. Gilitwala, 50, and M. Raji Rafiq, 37, and Vishakha Vishwas Mudhole from Khed town in Ratnagiri. The police have also recovered a major portion of the loot from them even as the incident on Monday sent shockwaves in the glittering Zaveri Bazar area - the hub of gold jewellery business in south Mumbai. Recounting the details, Deputy Commissioner of Police, II, Abhinav Deshmukh said that on Monday afternoon, Gilitwala and Rafiq barged into the offices of VBL Bullions in the heart of Zaveri Bazar and assaulted an attendant. Announcing that "this is an ED raid", they demanded to meet company owner Viratbhai, started "searching" the office and staffers, confiscated their mobiles, and and ordered them to collect all the cash, gold and other valuables. When worker Dashrath Mali demanded to see their I-cards, they slapped him, and even handcuffed him, and collected the booty worth over Rs 2 crore from the office, plus the mobile phones of the staffers. They ordered Mali to take them to the other office at Diamond House nearby, where Vishakha Mudhole and her accomplice had already held hostage manager Vijay Shah, and demanded to know the whereabouts of Viratbhai. Told that Virabhai had gone to his native place, the foursome freed Mali's handcuffs, asked him to leave the premises, grabbed the loot and decamped from there. The scared Mali informed the shaken company officials and local jewellers on the "raids" but sensing something fishy, the police was informed, said DCP Deshmukh. The police set up several teams, used tech-intel and scanned CCTV footage of the area and finally zeroed in on the culprits to arrest them. "We have recovered Rs 15 lakh cash and around 2.70 kg of the stolen gold. We suspect there may be other associates involved in this operation and are on the lookout for them," said Deshmukh. Meanwhile the accused Gilitwala and Rafiq were produced before the Esplanade Court and have been remanded to seven days' police custody, while the formalities for the accused woman Mudhole are underway. /IANS

Mumbai, Jan 24 : In a major shocker, a gang of four persons, including a woman, impersonating Enforcement Directorate (ED) officers, "raided" and looted a Mumbai bullion dealer of gold and cash worth […]

Mumbai: Kedar Jadhav of Maharashtra celebrates after scoring a century during the Ranji Trophy cricket match between Mumbai and Maharashtra, at Brabourne Stadium in Mumbai, Tuesday, Jan. 24, 2023. ( / […]

Indore, Jan 24 : Continuing his red-hot form, India opener Shubman Gill on Tuesday brought up his 4th ODI century in the third and final match of the series against New Zealand at the Holkar Cricket S […]