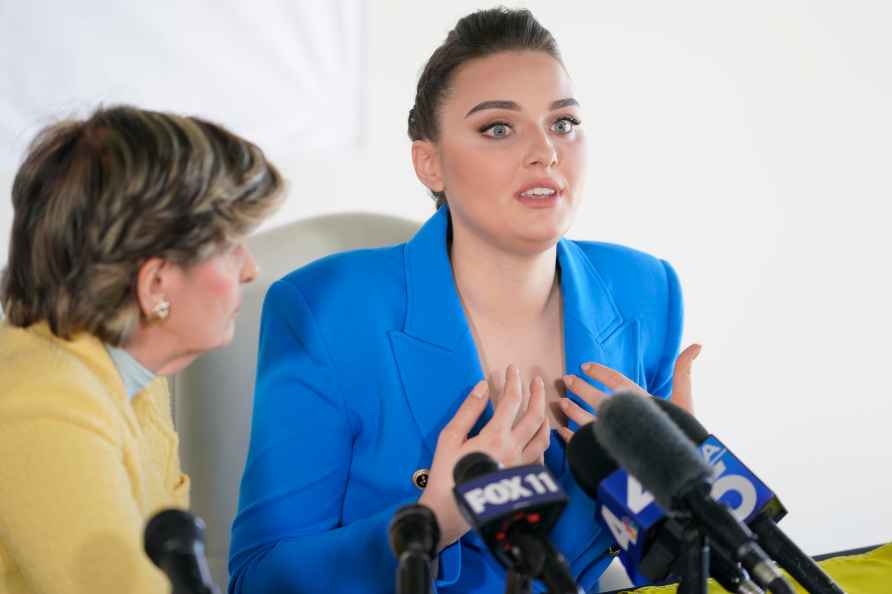 Los Angeles, Dec 4 : 'Nope' actress Keke Palmer is saying yes to motherhood. The actress, 29, is pregnant and expecting her first baby with boyfriend Darius Jackson, she revealed while hosting Saturday Night Live this weekend for the first time. "There's some rumours going around, people have been in my comments saying, 'Keke's having a baby, Keke's pregnant,' and I wanna set the record straight -- I am!" Palmer exclaimed, ripping open a long grey jacket to reveal her growing baby bump on the Studio 8H stage, reports 'People' magazine. "I gotta say, though, it is bad when people on the internet spread rumours about you y'all, but it's even worse when they're correct. I mean, like, I was trying so hard to keep it on the down low, cause I got a lot of stuff going on, you know?" she continued. "But honestly this has been the biggest blessing, and I am so excited. Guys, I'm going to be a mom," she added. "Even though some people feel a little weird about me having a baby cause I was a child actor, I just wanna say, look, I'm 29, I'm grown, I have sex, I own a home, I stormed the Capitol on January 6, you know? Things adults do," Palmer said, according to 'People'. The actress has kept details of her relationship with Jackson under wraps. When appearing on The Tamron Hall Show last November, 'People' reports, she opened up about becoming "Instagram official" with Jackson, though the photos with her boyfriend are no longer on her page. "It became more difficult to hide," Palmer said of choosing to post photos with Jackson at the time. "We spend all this time together, and he really is my closest friend, so it just becomes a thing where I'm not gonna hide something that makes me happy." She added: "It's not gonna be everything you see, my job is my job, but at the end of the day this is somebody that is important to me so why not." /IANS

By Vishnu Makhijani New Delhi, Jan 27 : Did you know that eggs can be pickled, and so can salmon, cucumber, okra (bhindi), tomatoes, brinjal and oranges - to name just a few. Prominent restaur […]

New Delhi, Jan 27 : The pre-qualification requirements laid down by the Power Grid Corporation of India Limited (PGCIL) is extremely restrictive as it states that the bidder must have successfully com […]