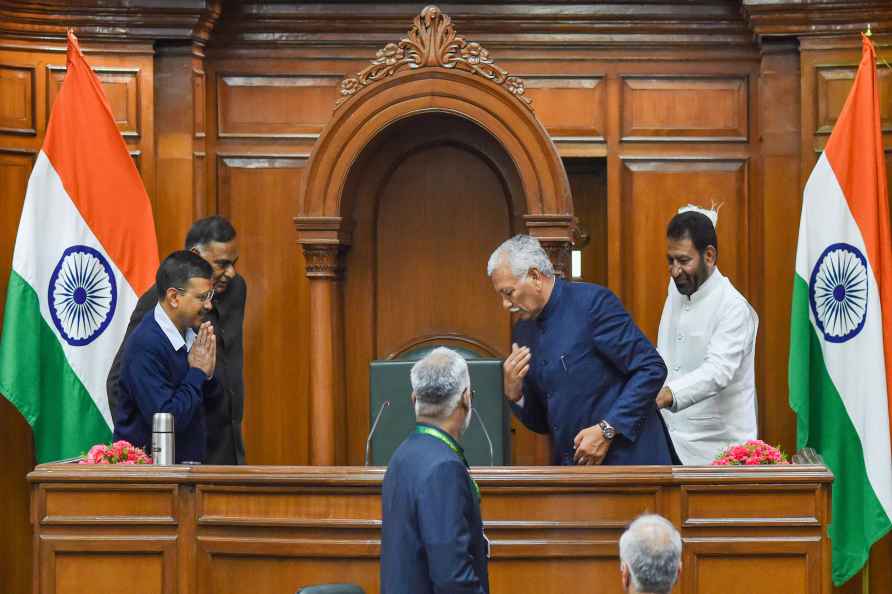 Lucknow, Sep 19 : The brief monsoon session of the Uttar Pradesh Assembly that begins on Monday will be unique in the sense that it will have a day exclusively reserved for women members. "September 22 has been reserved for women members as per the agenda that the business advisory committee has approved for the house from September 19 to 23. Only the women members will be allowed to speak after the question hour on this day reserved for women," said the Speaker Satish Mahana. This is the first time that such a practice is being adopted. Speaker Mahana, at his interaction with a group of women MLAs recently, had assured that a day would be reserved for them in the monsoon session. Meanwhile, major opposition parties have stepped up preparations to question the state government on the law-and-order situation, inflation and other issues of public interest in the brief session. On Monday, the state assembly will be adjourned for the day after condoling the death of BJP's sitting member Arvind Giri from Gola Gokarannath assembly constituency of Lakhimpur Kheri. Giri died early this month. The state government also proposes to carry out the legislative business that includes tabling of new bills and replacing bills for the ordinances that have been promulgated after the budget session of state assembly. As the leaders of different political parties have demanded that the Monsoon session should have more sittings, Khanna reportedly told them that this would depend on the manner the opposition members conducted themselves in the House. The state assembly premises have been renovated for the monsoon session and the galleries and lobbies have been given a new look. "Yes, we have given a new look to the galleries. Changes have also been made in the lobbies and the interior of the house," said Mahana. Chief Minister Yogi Adityanath will also inaugurate a three-day health camp for legislators in the state assembly premises on Monday. A team of six doctors has been deployed for the legislators at the health camp that will be functional for three days. For medical examination of women members, space has been provided at the secretariat dispensary. /IANS

Srinagar, Jan 28 : The J&K Police on Saturday resued a Norwegian tourist, who got lost in the ski slopes of Gulmarg. The police in Baramulla district said, "A Norwegian tourist named Oeyvind Aam […]

ILT20: Dhoni advised me to always stay calm and believe in myself, says MI Emirates' Zadran ahead of key clash

Abu Dhabi, Jan 28 : Afghanistan star Najibullah Zadran is confident that MI Emirates have learnt from their defeat to Desert Vipers and are ready for the return fixture in DP World ILT20 here on Sunda […]