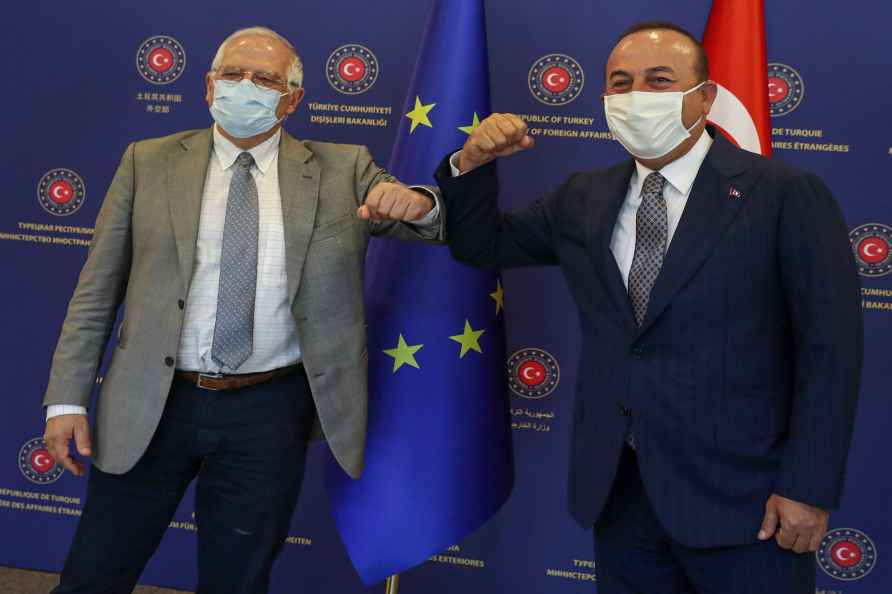 Ankara, July 5 : Turkey's annual inflation surged to 78.62 per cent in June, the highest since 1998, according to official figures. The Turkish Statistical Institute announced on Monday that the consumer prices increased by 4.95 per cent month-on-month in June, reports Xinhua news agency. The highest annual price surge was in the transportation sector with 123.37 per cent, while the cost of food and non-alcoholic drinks increased 93.93 per cent, while furnishings and household equipment prices were up 81.14 per cent, according to the official statistics. The domestic producer price index climbed 6.77 per cent month-on-month in June, with an annual rise of 138.31 per cent. Turkey's annual inflation was 73.5 per cent in May. The country is undergoing financial woes unseen in decades, with the Turkish lira losing its value since the Covid-19 pandemic. The Russia-Ukraine war has also worsened the situation, pushing energy prices to new highs. The lira lost more than 40 per cent of its value in 2021 as the central bank slashed its policy rate by 500 basis points to 14 per cent from 19 per cent from September to December despite high inflation. The bank has kept the same rate since then. After the dramatic plummet in 2021, the lira continues its downward trend and has lost over 20 per cent of its value against the US dollar over the past six months. /IANS