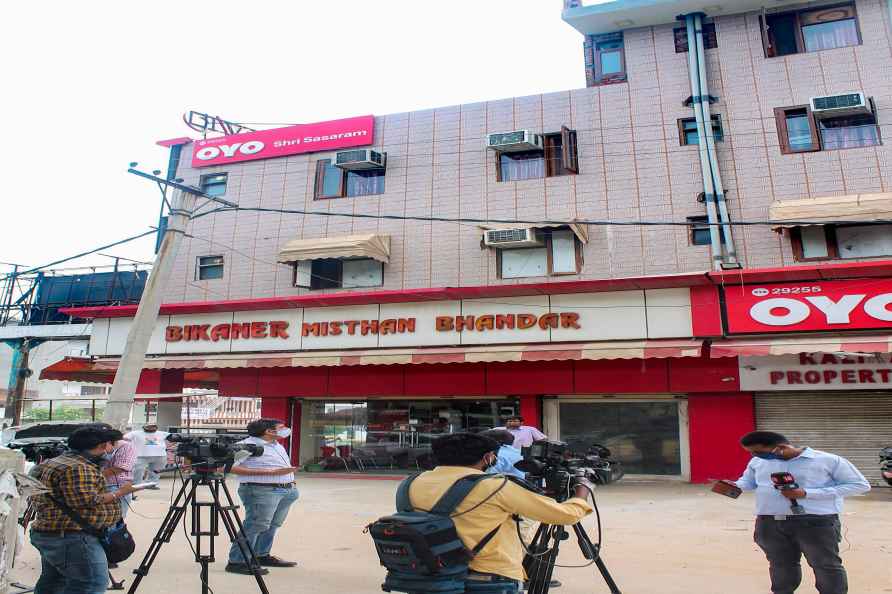 Kanpur (Uttar Pradesh), May 25 : The process of sealing of properties of a slain gangster Vikas Dubey and his relatives, has begun. According to official sources, property worth Rs 50 crore has been sealed. Nearly 653 sacks of foodgrains of the slain gangster kept in the Panchayat Bhawan in the tehsil auditorium were also auctioned. Most of the seized properties are agricultural land. Tehsildar Bilhaur, who is a receiver, has sealed and deposited the keys in the 'malkhana' of the police station. The court of district magistrate Neha Sharma had recently issued an order to confiscate the properties of the slain criminal Vikas Dubey in Kanpur, Lucknow and Kanpur Dehat worth about Rs 67 crore. Tehsildar Bilhaur was made a receiver. The tehsildar sealed the properties of Vikas Dubey, his father Ram Kumar Dubey, wife Richa Dubey, their sons Akash Dubey, Shantanu Dubey, brother-in-law Dinesh Kumar Tiwari, sister Chandrakanti, Rekha Dubey and a close friend Govind Saini. The police have locked the houses of the gangster and his relatives. Tehsildar Bilhaur, Laxmi Narain Bajpai, said that the agricultural land in Khodan, Rampur Sakhrej, Basen, Bhiti, Bikru, Sakarwa and plots in Chaubepur Kalan and Malou have been sealed. The agricultural land has been sealed by installing wooden logs with a red ribbon all around. Similarly, 10 vehicles, including two cars, two tractors, trolley, thrasher, rotavator, motorcycle, cultivator have been sealed and dispatched to the Chaubepur police station. Regional food officer Hemant Kumar, meanwhile, said that in the auction process, 608 bags of wheat and 45 bags of rice were auctioned for Rs 1.5 lakh. The price of the food grains was Rs eight lakh in the market but due to the poor upkeep they have been damaged. Reminders will be sent soon in Kanpur Dehat and Lucknow so that other properties can also be auctioned. Vikas Dubey , the main accused in the massacre of eight police personnel on July 3, 2020, was shot dead in an encounter with the police, a week after the incident. /IANS