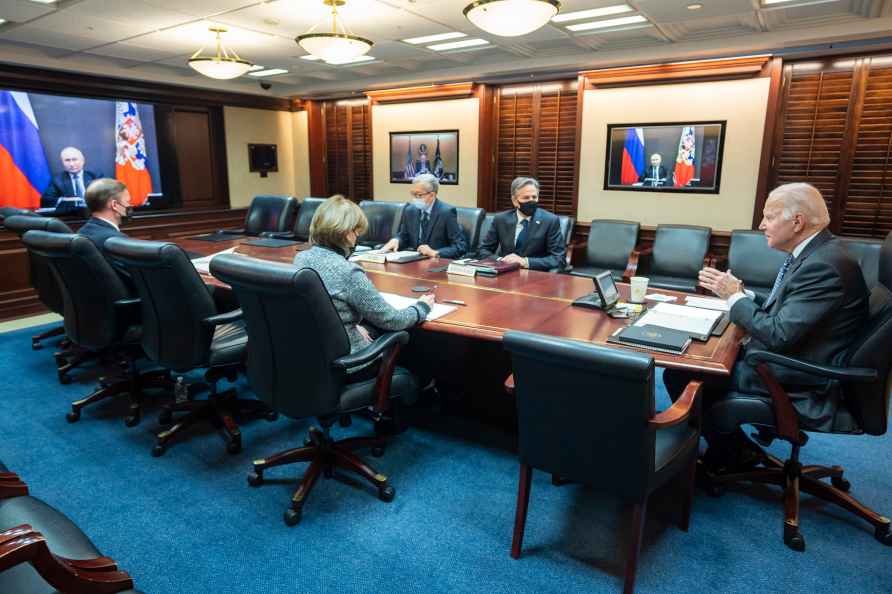 Washington, May 25 : US President Joe Biden has been briefed on the "horrific news" of the elementary school shooting in Texas, according to the White House. Biden "will continue to be briefed regularly as information becomes available", Xinhua news agency reported, citing a tweet by White House press secretary Karine Jean-Pierre. "His prayers are with the families impacted by this awful event, and he will speak this evening when he arrives back at the White House," Jean-Pierre announced. At least 14 students and one teacher were killed when a gunman opened fire at an elementary school in Uvalde, Texas on Tuesday, according to officials. The perpetrator -- identified as 18-year-old Salvador Ramos -- is deceased and is believed to have been neutralized by responding officers. Biden has ordered that the flags at the White House, federal buildings, and military posts be flown at half-staff "as a mark of respect for the victims of the senseless acts of violence", according to a proclamation. /IANS

Bhojpuri singer held with over 20 Kg cannabis in Delhi
New Delhi, Aug 13 : A Bhojpuri singer, who has sung more than 100 songs, was arrested in the national capital for peddling drugs, an official said Sat

If Kuldeep performs consistently, he can be in India's squad for ODI World Cup: Maninder

FC Dallas' Sebastian Lletget, left, and San Jose Earthquakes' Paul Marie vie for the ball during the first half of an MLS match in Frisco, Texas, Saturday, Aug. 13, 2022. /AP-PTI […]