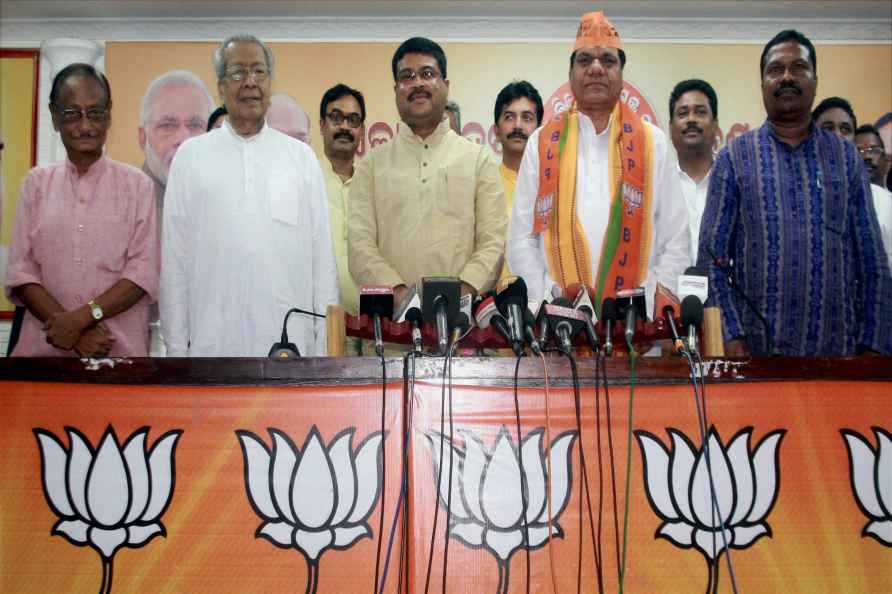 Kolkata, Nov 30 : An explosive tweet from senior BJP leader Tathagata Roy rocked BJP yet again. In his tweet, Roy quoting a BJP supporter, said that there are many people in BJP who are working for TMC in disguise and they are all employed by Prashant Kishor (PK). In a tweet written in Bengali, the former governor of Tripura and Meghalaya said that he got the information from one of the dedicated supporter of the BJP where he claimed that an educated youth of his neighbouring village was called by Team-PK and was asked to join the BJP but work for the Trinamool Congress and for that he would get Rs 13,000 per month. Roy in a following tweet also in Bengali said, "I believe there are many grassroots level workers in BJP who are employed by PK. So far we can't identify them. It is impossible for BJP to win in Bengal". Roy who has been continuously attacking the BJP for quite some time, allegedly because according to him BJP workers were more interested in their personal benefits. In a tweet earlier he had said, "I have not written all these things to get accolades from anybody. Some top leaders were so much involved in women and wealth, I wanted to alert the party about that. A tree is known by its fruit. I shall wait for the results of the civic polls. For now, adieu West Bengal BJP". Earlier the veteran BJP leader said, "BJP's well-wishers say my complaint about money and women should be made within the party, not publicly. I politely say that time has passed. The BJP can do whatever it wants to. But if they do not radically reform their behaviour, then the extinction of the party in West Bengal is inevitable." Reacting to Roy's tweet, a senior BJP leader said, "Tathagata Roy is a senior leader. He knows best what he is saying. We cannot react to comments made on a public platform. If he has anything to say he will have to say it to the BJP leadership". /IANS