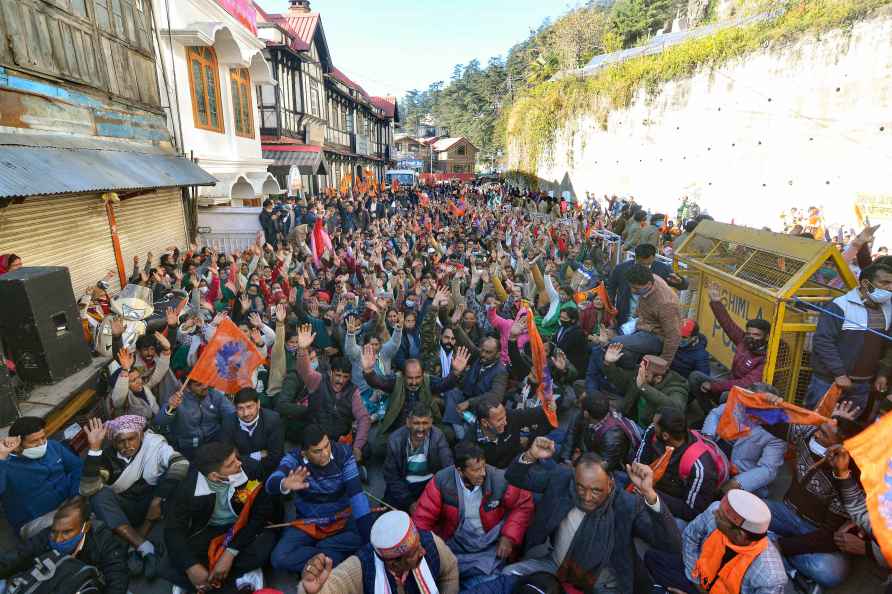 Shimla: Employees raise slogans during a protest against the government under the banner of Bharatiya Mazdoor Sangh, outside HP Secretariat in Shimla, Monday, Nov. 29, 2021. ( /PTI

Oil depot on fire in Russian city near Ukraine border

[Bryansk: In this photo taken by an anonymous source, smoke rises from oil storage facilities hit by fire in Bryansk, Russia, Monday, April 25, 2022. The Emergencies Ministry said the massive fire at […]

Congress' Haryana woes: To make choice between Hooda & others

New Delhi, April 25 : The Congress has been in a huddle over streamlining its Haryana unit where the party has plenty of claimants for the top post in the state. Sources said that former two-tim […]