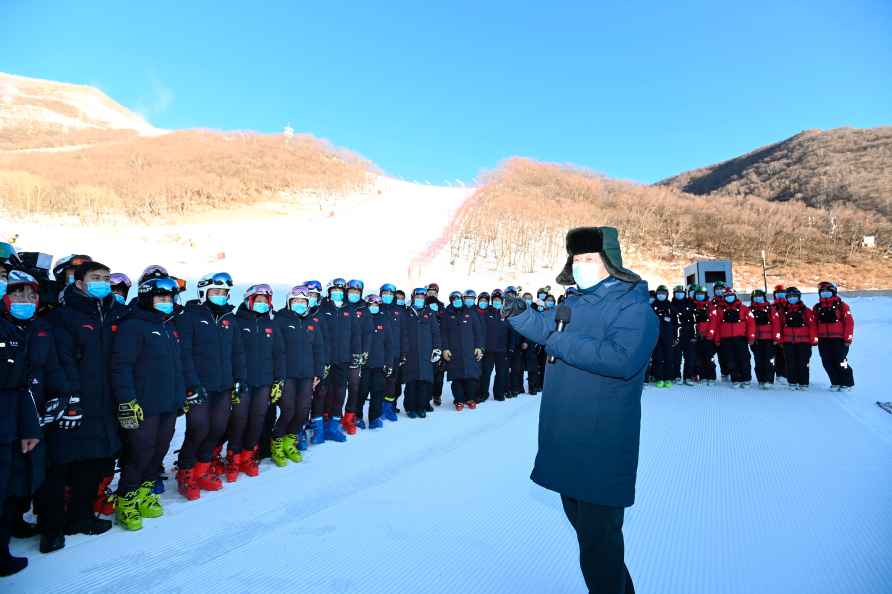 Mexico City, Oct 26 : Mexico will deal prudently with the latest migrant caravan with thousands of Central American migrants advancing toward the country's capital and even the US, Foreign Affairs Minister Marcelo Ebrard said. "We will act with prudence and respect for human rights ..." Ebrard said at a press conference, adding that the Mexican authorities will be careful to avoid any conflict, as there are many children in the caravan, reports Xinhua news agency. He also reiterated Mexico's call for a "fundamental solution" to mass migration driven by poverty and violence, and highlighted agreements reached with the United States to address the issues including investment in southern Mexico and Central American countries. The migrant caravan, comprising 2,000 to 3,000 people, is continuing its advance through the southern Mexican state of Chiapas towards Mexico City, looking forward to regularising their immigration status. The caravan has travelled more than 25 km so far, with the National Institute of Migration (INM) and Mexican National Guard members accompanying it following a slight confrontation on Saturday that failed to prevent the migrants' advance. The two state agencies contained and broke up some other caravans between August and September. The operations sought to protect the migrants' rights and prevent them from being exposed to greater dangers, such as kidnappings by criminal gangs, said President Andres Manuel Lopez Obrador. Between January and August of this year, the Mexican authorities registered 147,000 undocumented migrants, according to INM figures. /IANS

By Archana Sharma Jaipur, Jan 1 : The year 2021 was full of challenges for former Rajasthan Chief Minister Vasundhara Raje who wasted no time to turn them into opportunities and started her religio […]

By Sumit Kumar Singh New Delhi, Jan 1 : India is likely to face more challenges at the northern border as China implements its new border law from Saturday. Sources said from now on China is l […]