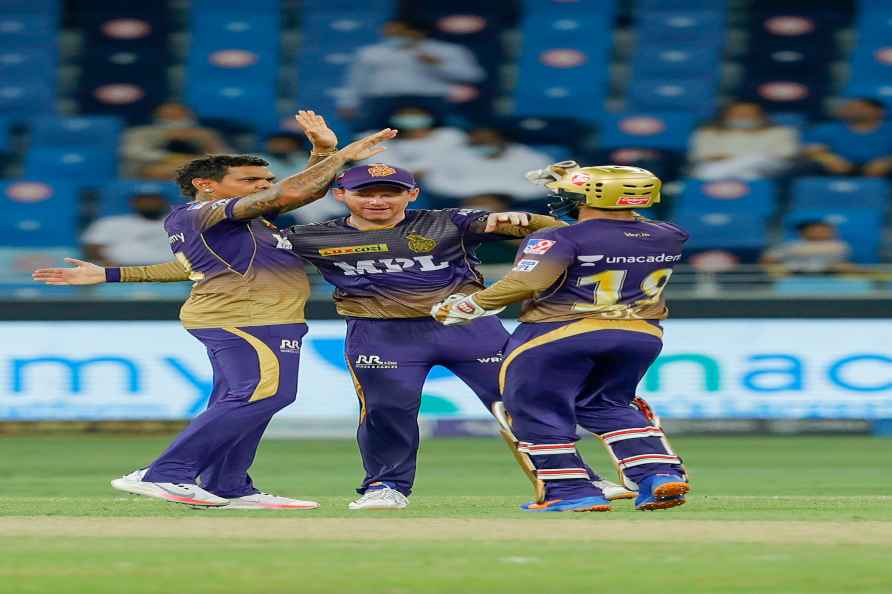 New Delhi, Oct 17 : Chennai Super Kings' star opener Ruturaj Gaikwad got a grand welcome home from his mother after a successful campaign in the Indian Premier League (IPL) 2021 on Sunday. Ruturaj, 24, won the Orange Cap winner as he scored 635 runs in IPL 2021 at an average of 45.35 with 7 fifties and a hundred in IPL 2021. CSk won their fourth IPL title after beating Kolkata Knight Riders by 27 runs in the final on Friday. After returning home from Dubai, Gaikwad got a traditional welcome home from his mother. CSK shared a video on Twitter titled: "Mersal Arasan Home". Super Kings defeated Knight Riders by 27 runs in the final at the Dubai International Stadium. Chennai were placed seventh last season and won their fourth IPL trophy in a campaign that started with a loss. Chasing 193, the way KKR openers Shubman Gill and Venkatesh Iyer started the chase, it looked like the target would not be that difficult. But once they were out,'Kolkata's chase fell through as they lost wickets at regular intervals to end up with 165/9 in their 20 overs. /IANS

It would be a mistake to include both Anderson, Broad for England's away Test series: Chappell
London, Sep 27 : Former Australia skipper Ian Chappell has said including both "ageing" pace bowling stalwarts, James Anders and Stuart Broad for Engl

Zelensky meets with French FM on support for Ukraine

Aden (Yemen), Sep 28 : At least three soldiers of Yemen's joint pro-government forces were killed and 10 others injured in clashes with the Houthi fighters in the country's Red Sea port city of Hodeid […]