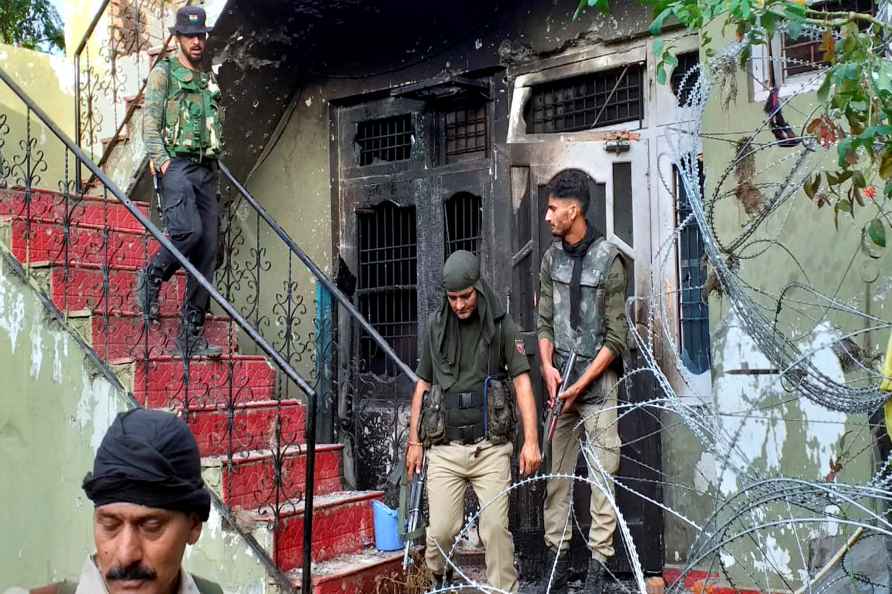 Srinagar, Oct 16 : A Lashkar-e-Taiba (LeT) commander involved in the killing of two police personnel in Srinagar has been trapped in the ongoing encounter between terrorists and security forces at Drangbal area of Pampore in Jammu and Kashmir's Pulwama district on Saturday, officials said. "LeT commander among top 10 terrorists namely Umar Mustaq Khandey who was involved in killing of two police personnel at Baghat Srinagar and other terror crimes trapped in Pampore Encounter," police tweeted quoting IGP Kashmir Vijay Kumar. The firefight between terrorists and security forces took place after a joint team of the police and the army cordoned off the area and launched a search operation on the basis of specific information about presence of terrorists. As the security forces zeroed in on the spot where terrorists were hiding they came under a heavy volume of fire that triggered the encounter. /IANS

Indian-American cop hailed as hero for neutralising gunman who killed officer
[Heidelberg: Police officers stay in front of the crime scene on the grounds of the Heidelberg University in Heidelberg, Germany, Monday, Jan. 24, 202

Rupee slips 4 paise to 74.64 against US dollar in early trade.

Rome, Jan 25 : Italy's Parliament gathered in a joint session of both houses for the first round of voting to elect the country's new President to replace Sergio Mattarella, whose term will end on Feb […]

US orders family members of embassy staff to leave Ukraine