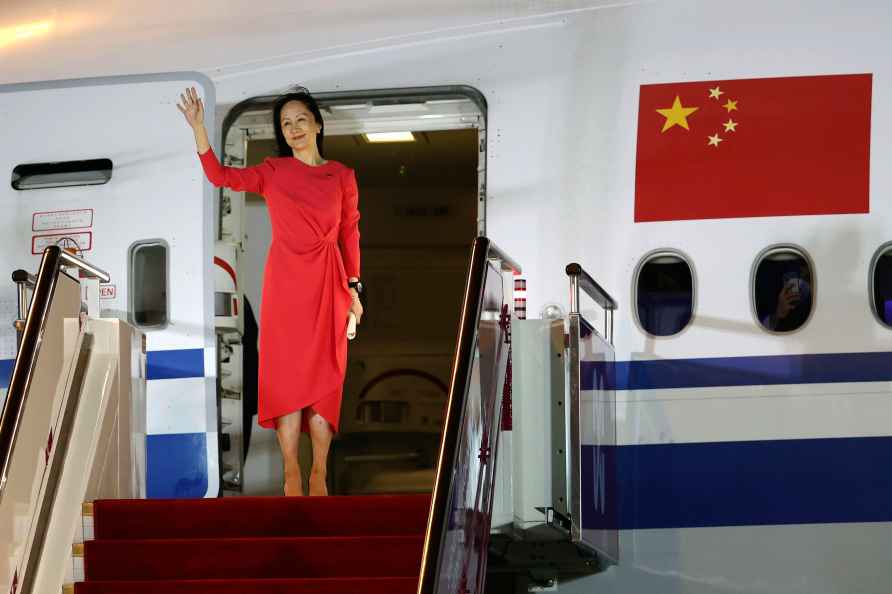 Shenzhen: In this photo released by China's Xinhua News Agency, Huawei CFO Meng Wanzhou waves as she steps out of an airplane after arriving at Shenzhen Bao'an International Airport in Shenzhen in southern China's Guangdong Province, Saturday, Sept. 25, 2021. A top executive from global communications giant Huawei Technologies returned to China on Saturday following what amounted to a high-stakes prisoner swap with Canada and the U.S. /AP-PTI

Ankara, Dec 26 : The Covid-19 Omicron variant started to spread in Turkey, especially in crowded provinces, and it accounts for over 10 per cent of the new cases in these cities, the Turkish health mi […]

Jerusalem, Dec 26 : Israel has reported 591 new cases of the Covid-19 Omicron variant, according to the country's health ministry. It raised the total Omicron cases in Israel from 527 to 1,118, […]

Yangon, Dec 26 : Myanmar reported 176 new Covid-19 cases with a daily test positive rate of 1.61 per cent, according to a release from the Ministry of Health. The number of total Covid-19 infect […]

Tehran, Dec 26 : Iran has announced the decision to close its land borders with neighbouring countries for 15 days to prevent the spread of the Covid-19 variant of Omicron. Ruhollah Latifi, spok […]