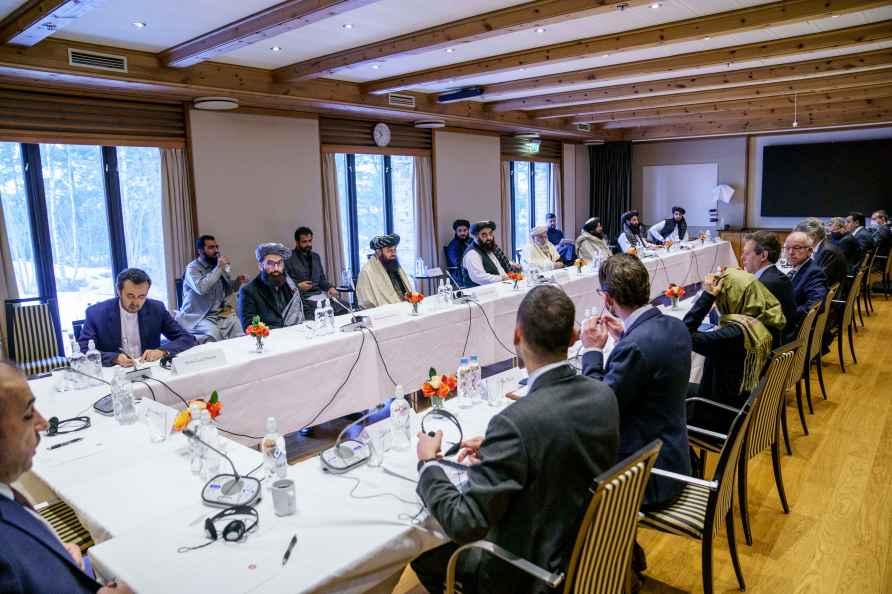 New Delhi, Dec 7 : Taking note of the inconvenience faced by air passengers in the busy airports, Union Aviation Minister Jyotiraditya Scindia on Wednesday discussed the capacities deployed and requirements to process air passengers smoothly in an important meeting with various stakeholders. The meeting was attended by different stakeholders including the Central Industrial Security Force (CISF), Bureau of Civil Aviation Security and airport operators and others. "Held a detailed discussion with heads of all major Indian airports, CISF and Immigration officials on capacities deployed and those required at every point to process domestic and international passengers smoothly through the peak travel season," said the Minister in a tweet. The Minister said the initiatives included plans for peak-hour capacity-based on passenger processing capacity at each major airport. It also included landing cards to be distributed on board and filled up prior to arrival, so as to minimise queues at immigration counters. Moreover, the steps will also include assessment of X-ray capacity for baggage, capacity augmentation of security manpower and hand baggage screening and longer-term technology-related upgrades for security and baggage drop off processing. Sources said the key stakeholders who attended the meeting also included airport operators and officials of different agencies. Sources claimed that the Minister took strong note of the reports of air passengers being facing inconvenience and had clearly told the operators that passenger convenience is the top priority. Number of air-passengers has witnessed continuous growth in the last few months and it has crossed the 4 lakh mark particularly during the weekends. Industry sources said that the number of Covid-19 cases have recorded a downward trend in the last couple of weeks resulting in restoration of normalcy in the aviation traffic. Moreover, the government has also gradually done away with various restrictions. /IANS

Perandur airport project in Chennai: Bid for consultant extended amid protests from locals
Chennai, Jan 28 : Even as the farmers and local residents of Perandur in Chennai have been protesting against a second airport coming up at Perandur,

As short selling report roils markets, SBI defends exposure
Mumbai Jan 28 : Indias largest lender State Bank of India (SBI) said on Friday that its exposure to the Adani Group was well below the Reserve Bank of

New Delhi: Flowers bloom at 'Amrit Udyan' on the premises of the...