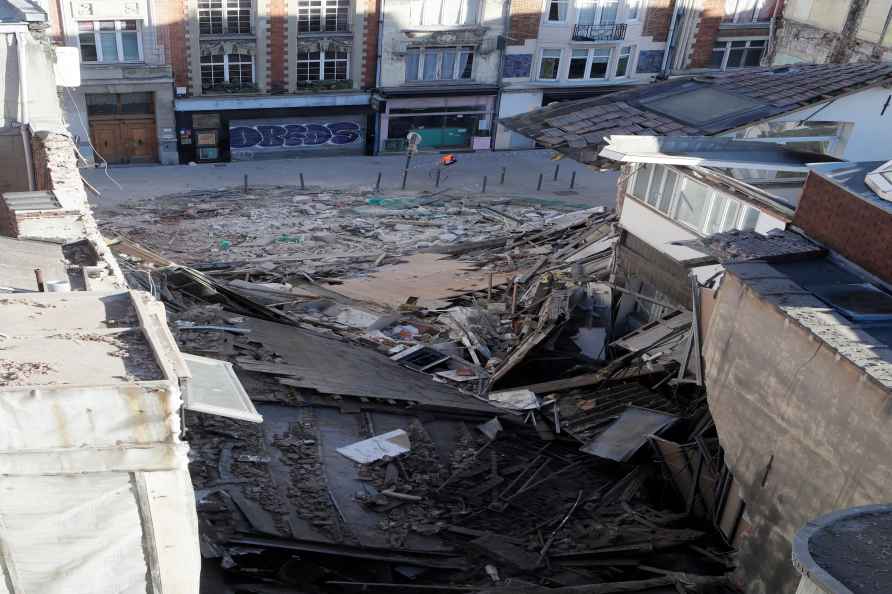 New Delhi, Dec 5 : A four-storey building collapsed in North Delhi's Shastri Nagar area on Monday morning, an official said. The police said that no one was residing in the building, so there was no loss of life or injury in the incident. According to Sagar Singh Kalsi, Deputy Commissioner of Police (North), at around 8:45 a.m. on Monday, a PCR call was received regarding the building collapse at Shastri Nagar, following which an Emergency Response Vehicle (ERV) was dispatched to the spot. The collapsed structure was a four-storey building owned by Balraj Arora. It had developed cracks in May 2022 and was thus vacated. "The matter was brought to the notice of the civic agencies for taking necessary action on May 26 following which a junior engineer of the Municipal Corporation of Delhi (MCD) was called to inspect the spot," said Kalsi. /IANS

Providing portable drinking water is the key priority of the State government : Dr