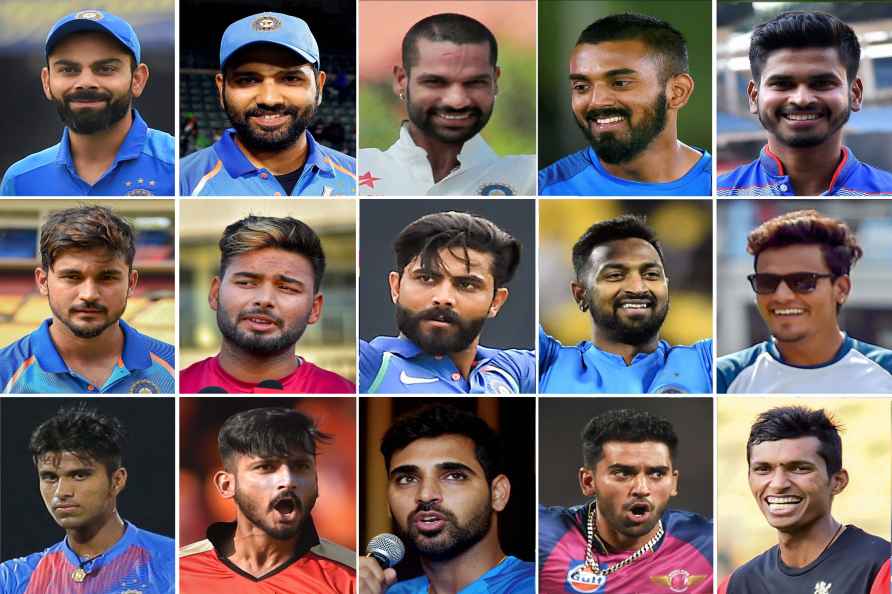 Dhaka, Dec 4 : Bangladesh captain Litton Das on Sunday has won the toss and elected to bowl first against India in their ODI series opener at the Sher-e-Bangla National Cricket Stadium (SBNCS) in Mirpur, Dhaka. "Looks like it could be sticky for the first ten overs, that's why we are bowling first. Three seamers and two spinners for us. We want to follow the process and play good cricket," said Das. India is touring Bangladesh for the first time since 2015. Skipper Rohit Sharma said he wasn't sure of what he would have done on winning the toss, but added he was inclined towards bowling first too. "The pitch seems to have some moisture, so we would have bowled first too. We hardly played many games in New Zealand, but we fought well. Some of the guys batted really well. World Cup is still far away, we don't want to look too far ahead. We want to focus on what we have in hand and play accordingly," he added. Rohit revealed that India are playing four all-rounders in Washington Sundar, Shahbaz Ahmed, Shardul Thakur and Deepak Chahar due to injuries and some issues. Young fast-bowler Kuldeep Sen has been given an ODI debut while KL Rahul will be the wicket-keeper for India. India's top-order will have a familiar look in Rohit, Shikhar Dhawan and Virat Kohli. Earlier, BCCI tweeted that in consultation with their medical team, Rishabh Pant has been released from the ODI squad and will join the team for the Test series, starting December 14. It added that no replacement has been sought in Pant's absence, while left-arm spin all-rounder Axar Patel was not available for selection for the first ODI. Playing XIs India: Rohit Sharma (captain), Shikhar Dhawan, Virat Kohli, Shreyas Iyer, KL Rahul (wicket-keeper), Washington Sundar, Shahbaz Ahmed, Shardul Thakur, Deepak Chahar, Mohammed Siraj and Kuldeep Sen. Bangladesh: Litton Das (captain), Anamul Haque, Najmul Hossain Shanto, Shakib Al Hasan, Mushfiqur Rahim (wicket-keeper), Mahmudullah, Afif Hossain, Mehidy Hasan Miraz, Hasan Mahmud, Mustafizur Rahman and Ebadot Hossain. /IANS

Good form augurs well for India ahead of World Cup, but have to be careful against fatigue
New Delhi, Jan 27 : As the caravan of India men's home schedule moves towards the T20Is against New Zealand, one can start to be optimistic about how

Baghdad, Jan 27 : An Iraqi court has sentenced 14 terrorists to death over the mass killings of about 1,700 soldiers when the Islamic State (IS) had seized Tikrit, the capital of Salahudin province, i […]

San Francisco, Jan 27 : The authorities in the US have seized the assets of the major ransomware group Hive, which has extorted thousands of victims for over $100 million in extortion payments after l […]