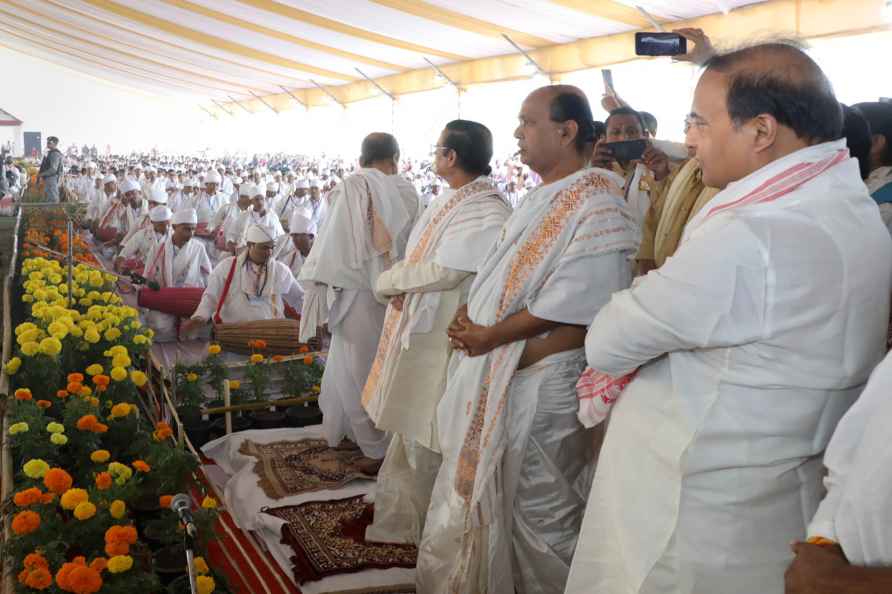 New Delhi: Flowers bloom at 'Amrit Udyan' on the premises of the...