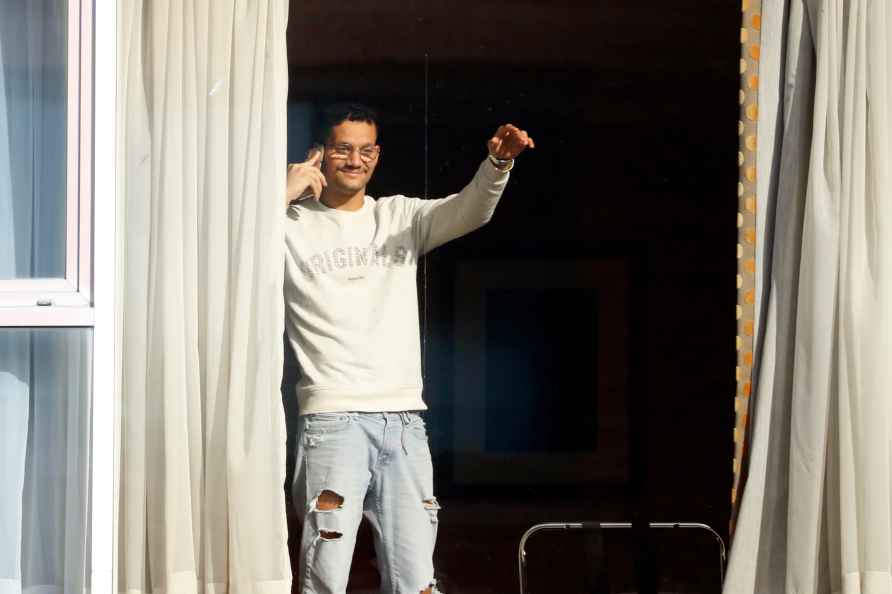 By Sukant Deepak New Delhi, Nov 28 : In college, when he was learning Bharatanatyam, his friend, a guitar player would often pull his leg over the make-up Raghu Dixit would wear for his performance. The friend would insist that playing the guitar was a much more macho thing ("girls drool over men who could") ensured that Dixit got back --- and in style. The singer-composer of 'The Raghu Dixit Project' managed to learn the guitar in three months. "The guys who taught me insisted that I needed to learn only a few things, well that has been serving me well even now," he smiles. There has been no looking back ever since for Dixit who comes from a conservative Tamil Brahmin family where western music was frowned upon. "I could not even listen to western music on my tape recorder at home. That was done in hiding." Dixit did not just enthrall the audiences at the recently concluded Mahindra Kabira Festival in Varanasi, presented by Teamworks through his music. It was how he shrunk the space with his listeners on the ghats of Ganga, exchanging narratives with those in front of him and presenting Kabir in a way that evoked both tradition and modernity. "Considering the kind of music I have been making, being invited to a festival dedicated to Kabir came as a surprise. I researched on him, understanding the nuances, deciphering what he said, and everything unsaid. In short, a journey so beautiful that I will be cutting an album of Kabir songs." Looking back, this microbiologist who worked in Belgium before returning to India says learning Bharatanatyam had a major role to play in pushing him towards music. "As a dancer you are expected to learn what moves your body. That is where the seed was sown for me," he recalls. The singer and composer who debuted as a music director in the Kannada movie industry with 'Psycho', composed and sang a song in the Hindi film 'Quick Gun Murugan' and has done work in the Malayalam industry says he makes it a point not to let film work overwhelm him. "I choose what works for me and ensure that movie work does not bog me down, thereby allowing me to pay attention to the band and focus on live gigs." Now that concerts are back post-pandemic, Dixit admits that while established bands like himself are getting adequate bookings, new ones must give themselves at least eight-ten years to get established. "Nothing happens in a day. New bands should make it a point to go to grab every platform possible. My first live gig in Bangalore, when I was still a scientist had less than 10 people in the audience. But one audience member was so impressed that he gave me a cheque for Rs 30,000 so I could go to a recording studio. Do I say more?" Stressing that there need to be more platforms like the Mahindra Kabira Festival, he feels that it is high time that major corporates understood that doing their bit for culture will go a long way in helping their brand too. "In the west, culture is a major part of CSR activity. The business house not only elevates its name but also gives back to society in a concrete way," says the singer-songwriter, who adds that has enough material to make music for the next two years. (Sukant Deepak can be reached at sukant.d@ians.in) /IANS

ICCR to manifest the 'Idea of India' to young leaders of seven nations
New Delhi, Jan 22 : As part of its programme to invest in the productive leadership of the future across the globe, the Indian Council of Cultural Rel