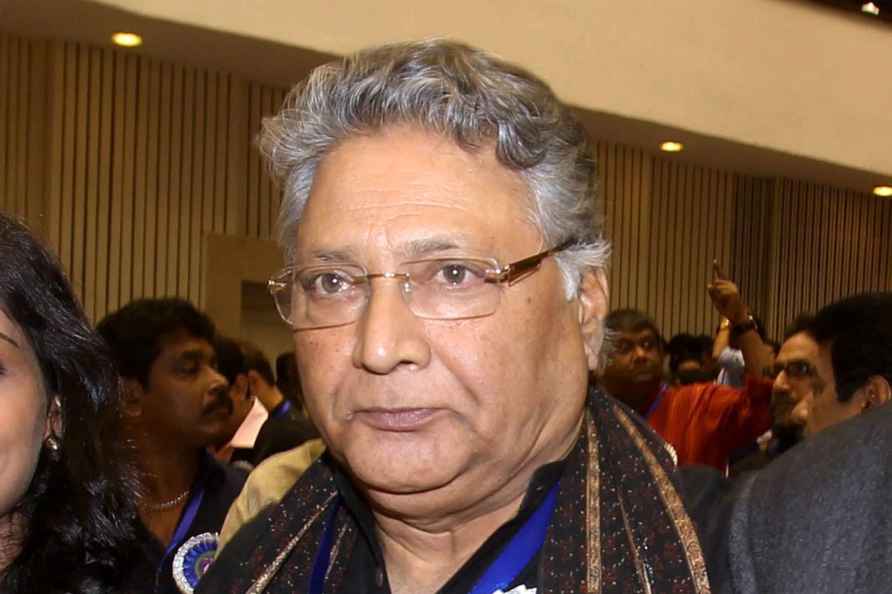 [**EDS: FILE IMAGE** Pune: In this Friday, May 3, 2013 file image veteran actor Vikram Gokhale attends the 60th National Film Awards function in New Delhi. Gokhale, 77, who was undergoing treatment at a hospital in Pune, passed away Saturday, Nov. 26, 2022. ( /PTI] Pune, Nov 26 : Veteran Bollywood, Marathi films, stage and television actor Vikram Gokhale breathed his last at a private hospital here on Saturday afternoon, his family announced. He was 77. He was 77 and the end came at the Deenanath Mangeshkar Hospital. His funeral rites shall be performed at the Vaikunth Crematorium in Pune around 6 p.m. today. Gokhale had been battling for life for the past over a fortnight and his condition was described as "extremely critical" with multiple organ failures, on Thursday. Later, medicos said on Friday that his health was improving and he was responding positively to treatment. Son of the prominent Marathi theatre and cinema actor, Chandrakhant Gokhale, Gokhale has acted in major Bollywood films like Sanjay Leela Bhansali's romantic 'Hum Dil De Chuke Sanam' (1999), where he was Aishwarya Rai's music maestro father; Kamal Haasan's 'Hey Ram' (2001); as Acharya Yagyaprakash Bharti in 'Bhool Bhulaiyaa' (2007); and in Priyadarshan's rib-tickler 'De Dana Dan' (2009) as a diplomat, and many others. He donned the director's hat in 2010 with Marathi film 'Aaghaat' and bagged the National Film Award for Best Actor category for his Marathi film 'Anumati', and has been conferred the Sangeet Natak Akademi Award in 2011 for his acting in theatre. Prominent personalities from the world of cinema, theatre and television have mourned Gokhale's demise and paid glowing tributes to him. /IANS