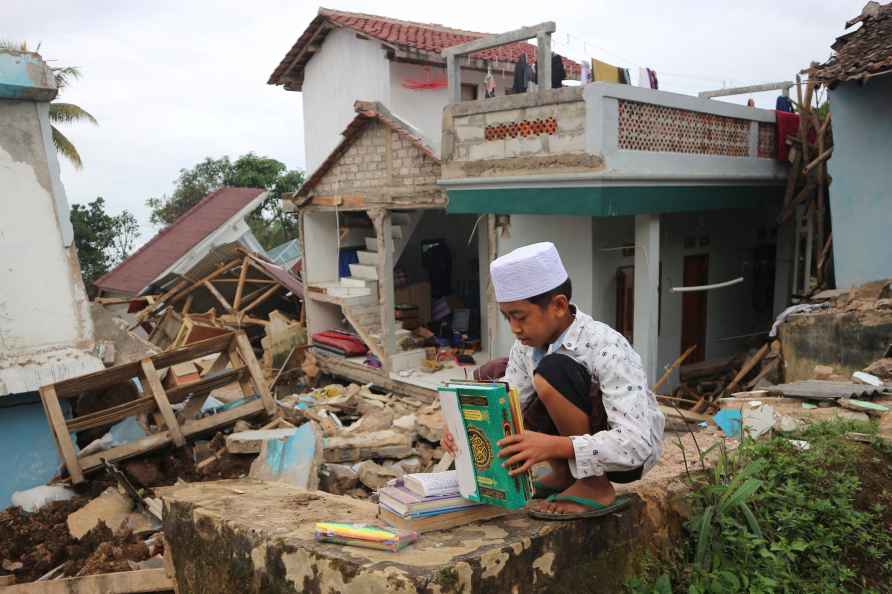 [A boy sorts holy book of Quran he salvaged from under the rubble at the ruins of Al Buroq Islamic Boarding School which was badly damaged during Monday's earthquake, in Cianjur, West Java, Indonesia, Wednesday, Nov. 23, 2022. More rescuers and volunteers were deployed Wednesday in devastated areas on Indonesia's main island of Java to search for the dead and missing from an earthquake that killed hundreds of people. /PTI] Jakarta, Nov 23 : The death toll from the 5.6-magnitude earthquake that struck Indonesia's West Java province earlier this week has increased to 268, while 151 people still remain unaccounted for, authorities said on Wednesday. The quake that struck Cianjur town at a depth of 10 km on Monday, also led to more than 1,000 people being injured, the BBC reported. According to the National Disaster Mitigation Agency, 22,000 houses were damaged, and more than 58,000 people are currently in shelters. The Agency added that the quake, which was followed by dozens of aftershocks, also caused landslides that buried entire villages. A search and rescue operation is underway to try and find more trapped survivors. President Joko Widodo visited the disaster zone on Tuesday where he was pictured with responders. "My instruction is to prioritise evacuating victims that are still trapped under rubble," the BBC quoted the President as saying. Earthquakes are common in Indonesia, which sits on the "ring of fire" area of tectonic activity in the Pacific. The country has a history of devastating tremors and tsunamis, with more than 2,000 people killed in a 2018 earthquake on the island of Sulawesi. /IANS