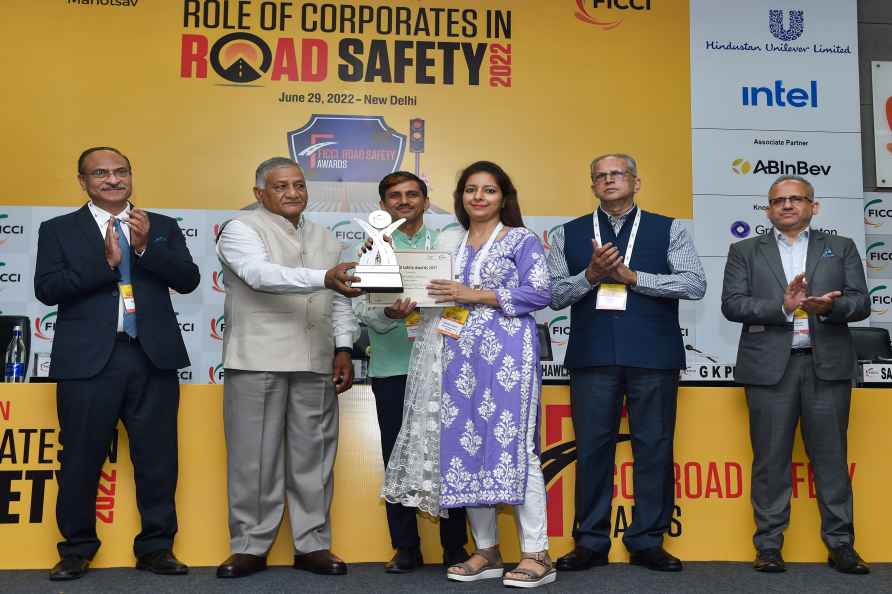 New Delhi, Oct 6 : Road safety body International Road Federation (IRF) has urged the Union Minister for Road Transport and Highways (MoRTH) Nitin Gadkari to withdraw the notification making six airbags mandatory in passenger vehicles from October 1, 2023. It is likely to become counterproductive resulting in more severe injuries and deaths if seat belts not worn by the passengers in the vehicle, the IRF said. In the letter to the Ministry, it said that the six airbags in passenger vehicles should be made mandatory once 85 per cent of the people start wearing rear seat belts. "Once this figure crosses 85 per cent pan India, the government should go ahead making this provision of six airbags. Otherwise, it will become counterproductive and we will lose more lives." said K.K. Kapila, President Emeritus, International Road Federation (IRF). "Unless people start wearing rear seat belts, the provision of six airbags will become counterproductive, leading to more fatal accidents. In a crash, seat belts are primary restraint devices whereas airbags are supplemental support. Rather Several global studies have shown that if an airbag is deployed without having the seat belt on, it can cause severe injuries and even death." said Kapila. "Seat belts and airbags are interrelated. An airbag without a seat belt can cause severe injury and even death. So, one has to use a seat belt to avoid serious injury. Airbags were specifically designed to be used with seatbelts--serious injuries may result in victims who are not properly restrained by seatbelts, are "out of position" when airbags deploy," he said. "According to MoRTH data, in 70 per cent of the 2-wheeler accident deaths, victims were found NOT wearing helmets; and in 87 per cent of the car accident deaths, victims were found NOT wearing seat belts. Sadly 96 per cent of car passengers do not wear seat belts on the backseat. It is high time that we move away from the populist ideology of mandating regulations, safety devices like six airbags, but bite the bitter pill of Enforcement and Penalties that may affect masses. Of course, harsh measures will face resistance and give discomfort initially, but eventually they will become a habit. "Kapila added. /IANS

Repeated rate hikes may impact housing Sector in the short term
New Delhi, Dec 7 : The continuous rate hikes may lead to short-term impact in the overall housing demand when buyers are optimistic of making a home p