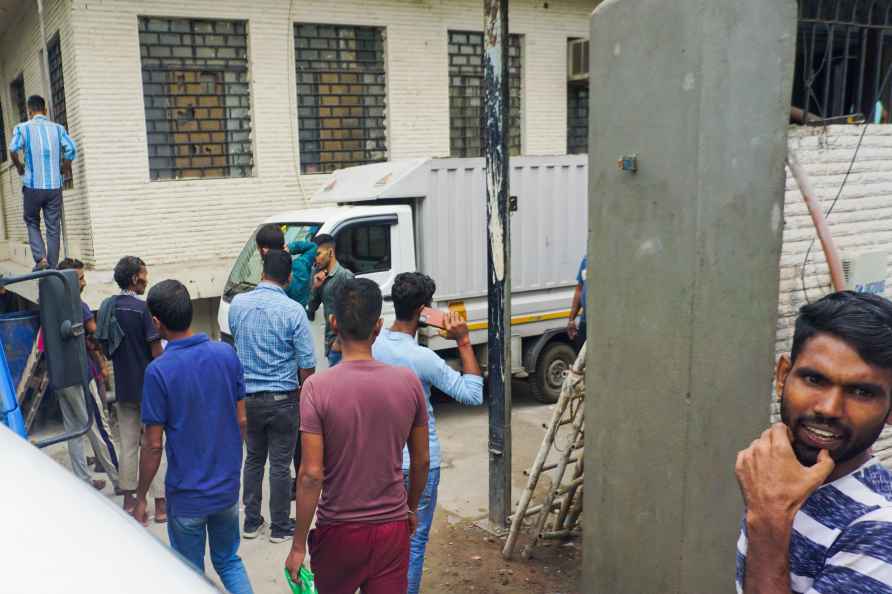 [New Delhi: Enforcement Directorate (ED) raid at Okhla industrial area in New Delhi, Friday, Oct. 7, 2022. ED on Friday launched fresh raids in connection with its money laundering investigation into alleged irregularities in the now-scrapped Delhi excise policy. ( /PTI] New Delhi, Oct 7 : Chief Minister Arvind Kejriwal on Friday reacted to the raids being conducted by the CBI and ED in connection with the Delhi Liquor Policy 2021-22, and said that the 'time of many officers was being wasted for their dirty politics'. "How will the country progress like this?" Kejriwal said in a tweet after the ED carried out multiple searches at various locations on Friday. Kejriwal said the Central Bureau of Investigation (CBI) and Enforcement Directorate (ED) have conducted 500 raids and more than 300 officers are working day and night to find evidence against Deputy CM Manish Sisodia for the last three months. Sisodia is one among the 15 accused mentioned in the FIR filed against alleged corruption in the formulation and implementation of the Delhi Liquor Policy 2021-22. "More than 500 raids, for the 3 months more than 300 ED/CBI officers are working 24 hours to find evidence against Manish Sisodia. They could find nothing because nothing was done. Time of many officers is being wasted for their dirty politics. How will the country progress like this?" Kejriwal tweeted this morning. In a fresh development in connection with the Delhi's Excise Policy Scam, the Enforcement Directorate (ED) was conducting raids at 35 locations in three states -- Delhi, Punjab and Andhra Pradesh. The raids started early Friday morning. /IANS