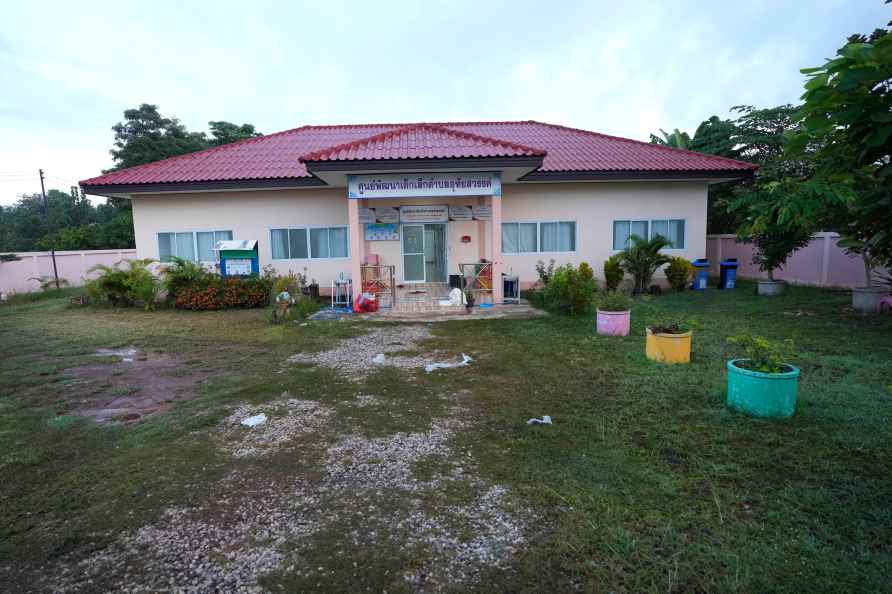 [A day care center sits empty a day after it was attacked by a lone assailant in the rural town of Uthai Sawan, north eastern Thailand, early Friday, Oct. 7, 2022. A former policeman facing a drug charge burst into a day care center in northeastern Thailand on Thursday, killing dozens of preschoolers and teachers before shooting more people as he fled in the deadliest rampage in the nation's history. /PTI] United Nations, Oct 7 : UN Secretary-General Antonio Guterres is shocked and saddened by the horrific mass shooting at a childcare facility in northeastern Thailand, his spokesperson said. "The Secretary-General extends his condolences to the families of the victims and wishes those injured a speedy recovery," Stephane Dujarric, the spokesman, said in a statement on Thursday. At least 38 people were killed in a mass shooting at a childcare centre in northeast Thailand's Nong Bua Lamphu province on Thursday, most of them children, local authorities said. Police identified the attacker as a former police officer who reportedly killed himself later, Xinhua news agency reported. The horrific attack prompted strong condemnation by various UN agencies. In a statement, the UNICEF said it condemns all forms of violence against children, stressing that "no child should be a target or witness of violence anywhere, anytime". "UNICEF sends its heartfelt condolences and deepest sympathies to the families who lost loved ones and the injured. We join all people in Thailand in mourning and hope that those affected receive appropriate and timely support," the statement added. The UN agency appealed to members of the public and the media to refrain from posting or forwarding images and videos related to the incident, noting "this may further negatively impact children, victims' families, and their loved ones." The UNESCO also extended its deepest condolences to the families of the victims. "Attacks on schools, students and educators, are attacks on rights to education," the agency's Bangkok bureau tweeted on Thursday. "No one should be a target." /IANS

New Delhi, Dec 5 : Voting for the second and final phase of the Gujarat Assembly elections is being held on Monday. While Union Home Minister Amit Shah has appealed to the people to vote for a better […]

Morocco's Walid Cheddira, center, kicks a ball during the World Cup round of 16 soccer match between Morocco and Spain, at the Education City Stadium in Al Rayyan, Qatar, Tuesday, Dec. 6, 2022. /AP-P […]

New Delhi, Dec 5 : In a bid to support the growth of India's digital ecosystem, Bharti Airtel and Meta (formerly Facebook) on Monday announced a key collaboration. Airtel partners with Meta and […]