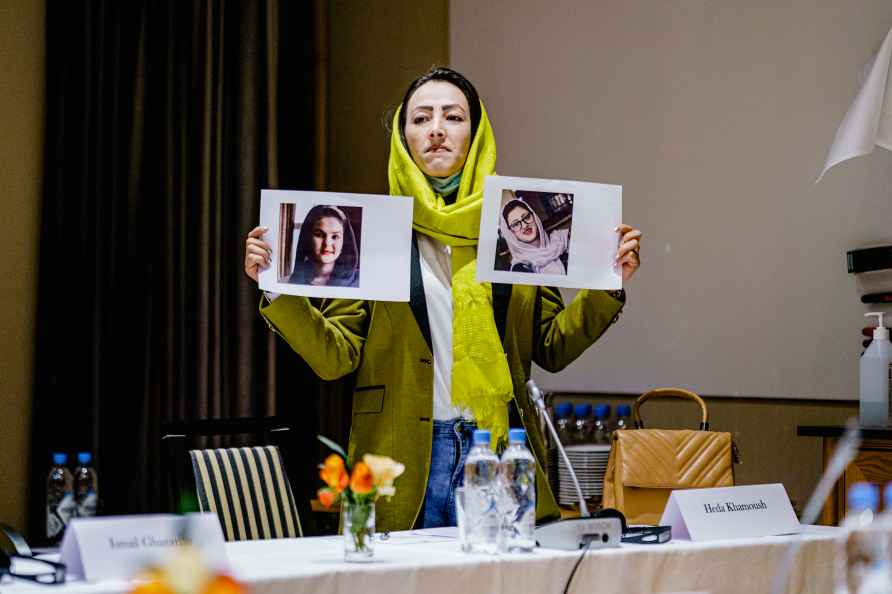 By Hamza Ameer Islamabad, Oct 6 : The re-emergence of the dreaded terror outfit Tehreek-e-Taliban Pakistan (TTP) in different parts of Pakistan is not only being condemned but is also being protested by locals, who have called on authorities to take immediate and urgent steps to counter the militants, who have been spreading fears down the spine of the locals. There have been many reports now of incidents of kidnapping, killing and ransom demands surfacing from Swat and Parachinar in Khyber Pukhtunkhwa (KP) province of Pakistan. Locals have also staged big rallies and protests to condemn the ongoing unrest and have called on authorities to take immediate action against the culprits before the militancy spreads across the country. The development of re-emergence of militancy comes after talks between the Pakistan government and the TTP hit a deadlock, with both parties disagreeing to some of the terms and conditions put forth during the peace negotiations. It is pertinent to mention here that peace talks between TTP and Pakistani authorities were facilitated by the Afghan Taliban regime in Kabul, in which various tribal elders and groups were also taken on board. As per details of the terms and conditions, mutually agreed between the two sides in over a month-long tables talks in Kabul; the Pakistan government released a large number of TTP militants in custody and on death-row through a presidential pardon while TTP also agreed to not carry out any terror attacks in Pakistan. However, there was a deadlock on the TTP demand that the tribal belt status should be reversed to Federally Administered Tribal Areas (FATA) and not be made part of the Khyber Pukhtunkhwa (KP) province. TTP also demanded imposition of Sharia law and shrinking of military check posts. And it is because of this reason why the TTP has started to not only re-emerge in areas, which used to be its stronghold in the past; but also started carrying our its terror activities through abduction and killings. Pakistan Ministry of Interior has taken note of the deteriorating situation and has issued a nationwide threat alert, asking for opting to extreme vigilance, and directing authorities and security forces to initiate search and strike missions wherever militant activity is reported. In a letter sent out to home and chief secretaries of Sindh, Punjab, Khyber Pukhtunkha and Balochistan provinces along with Gilgit-Baltistan and Pakistan-occupied Jammu and Kashmir, Federal Ministry of Interior urged all to heighten security and exercise enhanced vigilance to avoid any untoward incident. The letter maintained that "more than year-long peace negotiations between TTP and the government of Pakistan had come to a standstill, which has led to unease within the TTP's ranks". "TTP accuses the Pakistani government of failing to fulfill its main demand - the reversal of the merger of former FATA with KP - as well as continuing to detain TTP members, while a truce was still being negotiated," read the letter. The Ministry of Interior also warned that the TTP or its splinter groups and factions may also seek to escalate terrorist activities in the coming days with an aim to avenge the killing of their commanders and to show their strength. Recently, two main commanders of TTP Omar Khalid Khorasani and Aftak Parkay have been killed in a blast in southern Afghanistan. Omar Khalid Khorasani was considered as the most influential and ruthless of the TTP commanders. It was after their killing that TTP, its sub-groups defected to the other militant group Islamic State Khorasan Province (ISKP) or joined hands with Hafiz Gul Bahadur group to resume terrorist activities. With Pakistan government initiating Intelligence Based Operations (IBO) in all parts of the country, various important leaders and commanders of TTP and ISKP have been killed. However, the deadlock in talks with the TTP is certainly a warning alarm for Pakistan as it tries to tackle the re-emergence of militancy on its soil. /IANS