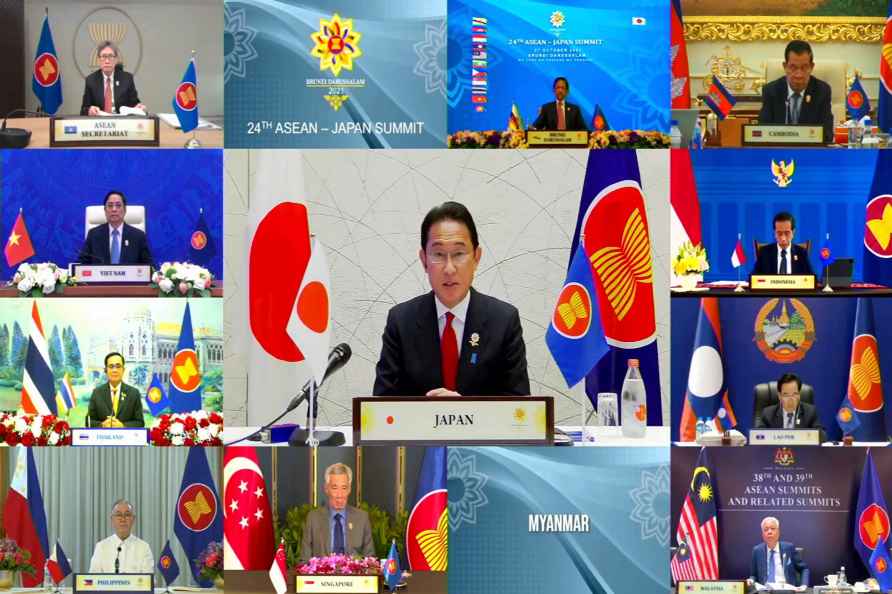 Manila, Oct 6 : Philippine President Ferdinand Romualdez Marcos has said that the Philippines is ready to take the role in peacekeeping in Southeast Asia, emphasising the peacemaker role is good for the country's interest and regional security. During a media forum, Marcos on Wednesday night said the Philippines has a vital role in keeping peace, particularly amid geopolitical tensions in the region. "So we have a very important part to play in that because we have a great interest," he added. Marcos also stressed the need to strengthen the Association of Southeast Asian Nations (ASEAN) to make it more responsive to future challenges and enable the regional bloc to do more than it has accomplished, suggesting he will raise the issue at ASEAN meetings in November, Xinhua news agency reported. He said that ASEAN should try and push its member countries to present a united front and move it forward in order to make sure the group "has a function to do in the normal scheme of the geopolitics." ASEAN groups Brunei, Cambodia, Indonesia, Laos, Malaysia, Myanmar, the Philippines, Singapore, Thailand and Vietnam. /IANS