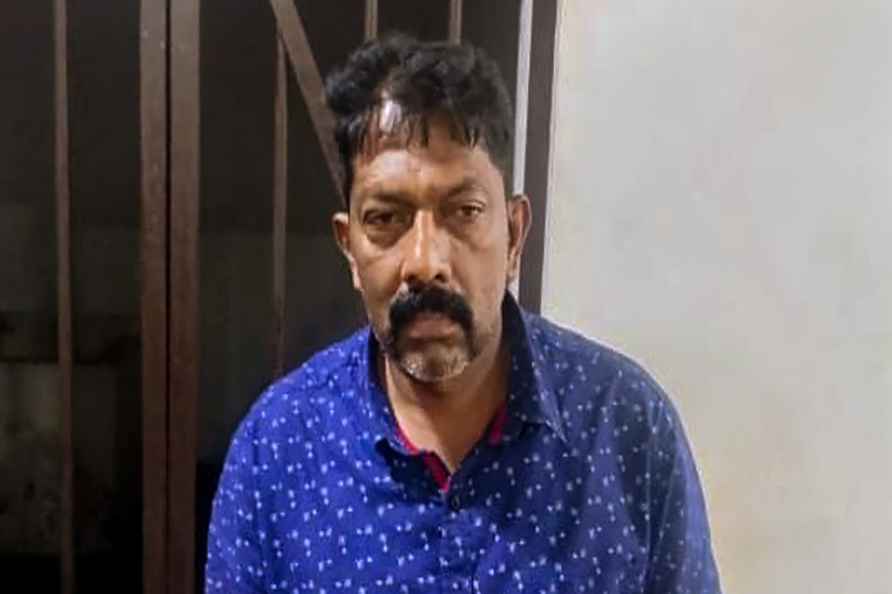 [**EDS: BEST QUALITY AVAILABLE** Kochi: Jomon, driver of a private tourist bus that hit a state-run KSRTC bus from behind at Vadakkenchery in Palakkad district, surrenders in Kochi, Thursday, Oct. 6, 2022. Nine people, including five students, were killed in the accident. ( /PTI] Thiruvananthapuram, Oct 6 : At least nine people, including five school students, were killed and several injured when the bus they were travelling in hit a KSRTC bus on the Trissur- Palakkad highway in Kerala. The accident happened late Wednesday. A pleasure trip for 42 school students, who were travelling from their school near Kochi and to the Ooty hill station, in the bus ended in tragedy. The dead included five school students, one of their teachers and the remaining three were passengers of the state owned KSRTC bus that was hit by the ill-fated bus. State Transport Minister Antony Raju said the report was that the private bus carrying the school children was travelling at a speed of around 97.2 kms per hour. "It has also come to be known that neither the school authorities nor the private bus owner informed the Motor Vehicles department about the trip. We are awaiting more details. The private bus after overtaking a car lost control and collided with the KSRTC bus which was ahead of it," said Raju. According to those in the know of things, the tourist bus carrying the school children belonged to the Baselious Vidyanikethan School near Kochi and had left two hours late. Incidentally, the driver of the bus had returned from another trip to Tamil Nadu. "Our bus was travelling at a high speed from the start and when we raised this, we were told that the driver is a very experienced one," said a female teacher. "Everything happened in a flash and I realised that I was lying on the floor of the bus and several other students were on top of me," said a girl student, who escaped with minor injuries. There were 42 students, five teachers and two bus drivers in the bus-bound to Ooty. Joemon, the driver of the tourist bus, is reported to have appeared before the police. /IANS

Three Meghalaya MLAs -- two of NPP and one of TMC -- submit resignation to speaker: Assembly official.

Three Meghalaya MLAs -- two of NPP and one of TMC -- submit resignation to speaker: Assembly official. […]