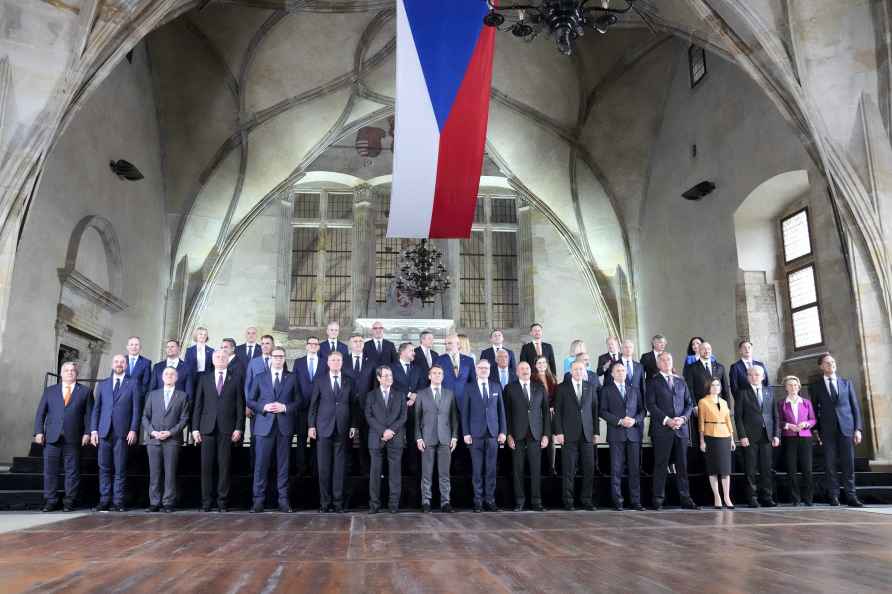 [Prague: Leaders pose for a group photo during a meeting of the European Political Community at Prague Castle in Prague, Czech Republic, Thursday, Oct 6, 2022. Leaders from around 44 countries are gathering Thursday to launch a "European Political Community" aimed at boosting security and economic prosperity across the continent, with Russia the one major European power not invited. /PTI] Prague, Oct 6 : The Czech Republic and Qatar have signed an agreement on economic cooperation and, pending approval by the European Commission, agreed to sign an agreement on investment protection. Czech President Milos Zeman met with Qatari Emir Sheikh Tamim bin Hamad Al Thani at Prague Castle on Wednesday, according to a statement from the President's office. The two countries will also establish an inter-governmental commission to facilitate cooperation on joint projects, Xinhua news agency reported. Czech Industry and Trade Minister Jozef Sikela said that talks "are already underway between CEZ (a Czech state-owned energy company) and the Qatari state enterprise Qatar Energy, and the opening of a CzechTrade foreign office in Doha is being prepared". The Qatari side also said that it would establish an embassy in the Czech Republic within the next several months. Czech Prime Minister Petr Fiala also met with the Emir later on Wednesday to discuss air transport, business support, investments and energy. Fiala said that his country is looking for a reliable liquified natural gas (LNG) supplier in Qatar, adding that Doha is also looking to Prague as a partner in LNG extraction in the North Pole. He said that the two sides will discuss this issue at the level of working groups soon. /IANS