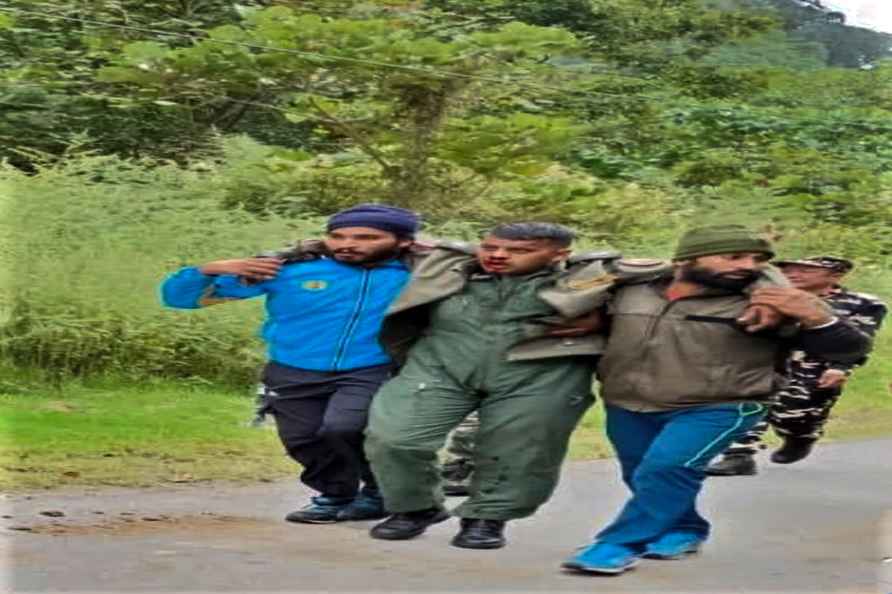 [Tawang: Rescue operation after a Cheetah helicopter of the Indian Army crashed in Tawang district of Arunachal Pradesh near the boundary with China on Wednesday morning, Oct. 5, 2022, killing one of the two pilots onboard. ( /PTI] Itanagar, Oct 5 : A pilot was killed and another injured when an Army aviation Cheetah helicopter flying in the forward area near Tawang in Arunachal Pradesh crashed on Wednesday, defence sources said. Defence spokesman Lt. Col Mahendra Rawat said that during a routine sortie, the Cheetah helicopter crashed at around 10 a.m. injuring both the pilots and they were immediately evacuated to nearest Military Hospital. "With regret to inform that one of the pilots, who was critically injured, succumbed to the injuries during treatment. "The second pilot is under medical treatment. The cause of the crash at this stage is not known. Details are being ascertained," Lt. Col Rawat said. /IANS