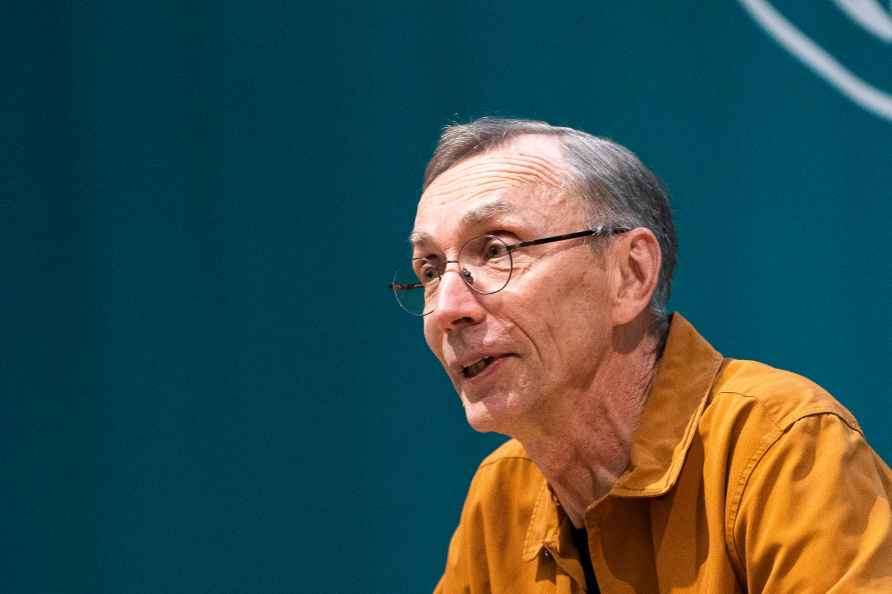 [Swedish scientist Svante Paabo attends a press conference at the Max Planck Institute for Evolutionary Anthropology in Leipzig, Germany, Monday, Oct. 3, 2022. Swedish scientist Svante Paabo was awarded the 2022 Nobel Prize in Physiology or Medicine for his discoveries on human evolution. /PTI] Stockholm, Oct 3 : Swedish geneticist Svantee Paabo, whose work provided key insights into human evolution and and how humans spread around the planet by achieving "the seemingly impossible task" of cracking the genetic code of the Neanderthals was Monday announced as the winner of this year's Nobel Prize in Physiology or Medicine. The Prize committee said Paabo - the son of 1982 Nobel laureate Sune Bergstrom and one of the founders of the discipline of paleogenomics - performed the "sensational" feat of discovering the humans' previously unknown relative - the Denisovans - whose genes can still be detected in some inhabitants of south Asia. "Say good morning to our new medicine laureate Svante Paabo! "Paabo received the news while enjoying a cup of coffee. After the shock wore off, one of the first things he wondered was if he could share the news with his wife, Linda," the committee said in a tweet. Paabo's work helps to explain where the human species, Homo sapiens, came from and what allowed it thrive while other relatives went extinct, it said. Though work on cracking the human genetic code began in the 1990s, it relied on fresh samples of pristine DNA, but his interest was in the old, degraded and contaminated genetic material of our ancestors and he was able to sequence DNA from a 40,000-year-old piece of bone to show Neanderthals were separate from both modern day humans and chimpanzees. "By revealing genetic differences that distinguish all living humans from extinct hominins, his discoveries provide the basis for exploring what makes us uniquely human", the Nobel committee said. It also said that more comparisons between Neanderthal DNA and humans from around the world showed their DNA was a closer match to humans coming from Europe or Asia, and that that Homo sapiens had sex and children with Neanderthals after migrating out of Africa. Paabo's work on the 40,000-year-old finger bone found in the Denisova cave in Siberia, revealed the existence of the previously unknown hominin - who were dubbed Denisovans, and had bred with Homo sapiens too. Thomas Perlmann, the secretary for the Nobel Committee for Physiology or Medicine, who called up the scientist this morning, said that he "was overwhelmed, he was speechless. Very happy". /IANS

Rajgir: Aerial view of a reservoir, part of the Ganga Water Supply Scheme (GWSS), after its inauguration by Bihar Chief Minister Nitish Kumar, in Rajgir in Nalanda district, Sunday, Nov. 27, 2022. ( / […]

Kherson: General view of the damaged Antonivsky Bridge in Kherson, Ukraine, Sunday, Nov. 27, 2022. The bridge, the main crossing point over the Dnipro river in Kherson, was destroyed by Russian troops […]

Train service in Israel shut down due to signal failure