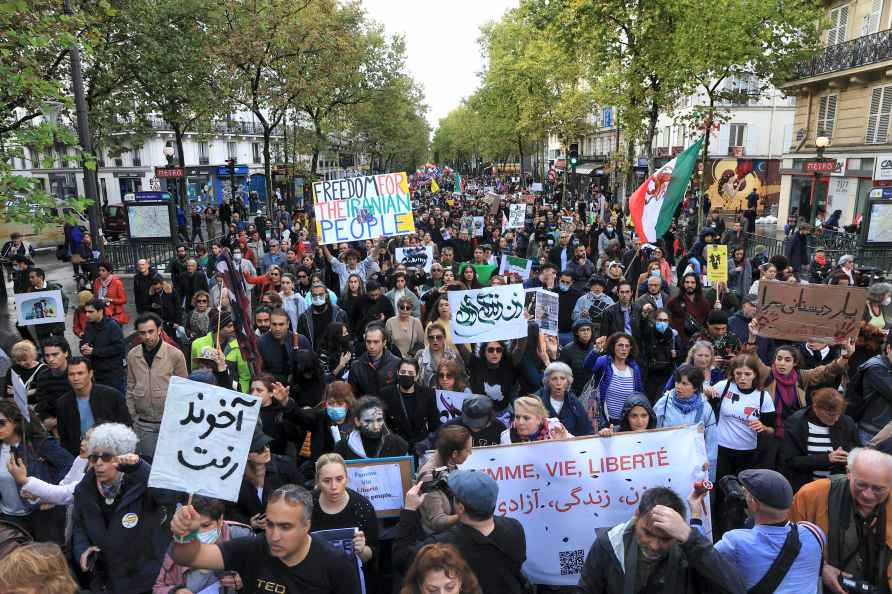 Tehran, Oct 3 : As anti-government protests broke out in Iran in September after a young woman died in police custody, students of Tehran's Sharif University clashed intensely with the police. A large number of students have reportedly been trapped in the campus car park. Videos on social media indicate students running away from security forces; sounds like gunshots can also be heard from a distance. In another social media post, security forces on motorcycles seem to shoot at a car that had the passenger filming the video of Sunday's incident. Tear gas was also used on protestors, according to BBC. There have also been reports of security forces attacking student dormitories and firing at them. Sunday was the first day of a fresh term for many studying at Sharif University. Crowds reportedly gathered outside the campus' main gate late in the evening after hearing of the ongoing clashes. 22-year-old Mahsa Amini had slipped into coma hours after Iran's morality police arrested her for allegedly violating headscarf rules by way of letting a part of her hair show. The police reportedly hit Amini on the head with a baton and banged her head against one of their vehicles, however, they say that there is no evidence of any manhandling and Amini's death was the result of a cardiac arrest. Protests erupted following Amini's funeral and escalated to become Iran's most intense unrest seen in many years. So far, at least 133 people are said to have been killed across Iran in these protests. Authorities say that the protestors have been deployed by Iran's external enemies, and that they intend to come down hard on them. /IANS

Covid blues over as 1.34 crore domestic tourists come calling to Kerala
Thiruvananthapuram, Nov 25 : Kerala saw a record-setting surge in domestic tourist arrivals in the first three quarters of the current year as compare