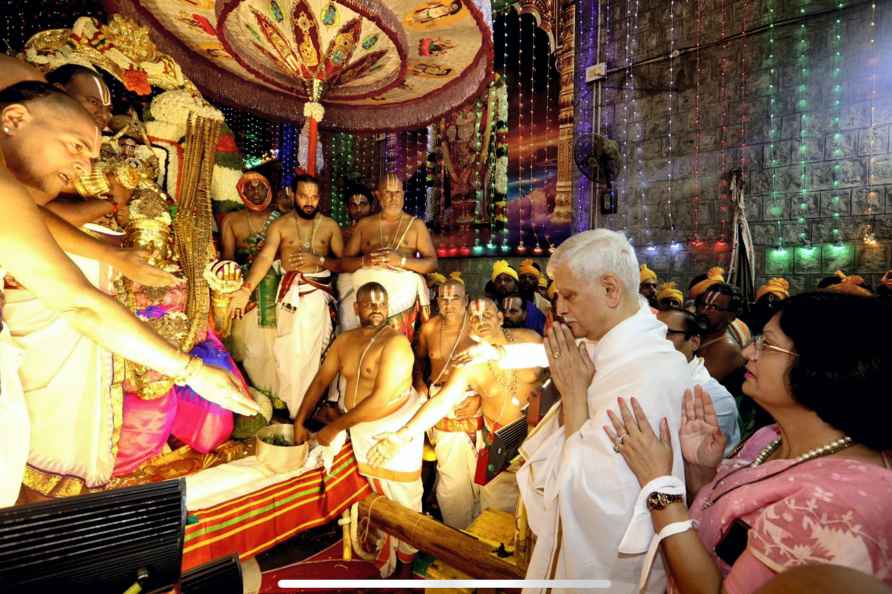 Tirupati: Chief Justice of India Justice U U Lalit with wife Amita offers prayers at Tirumala Temple during the ongoing Navaratri, in Tirupati, Saturday, Oct. 1, 2022. ( /PTI