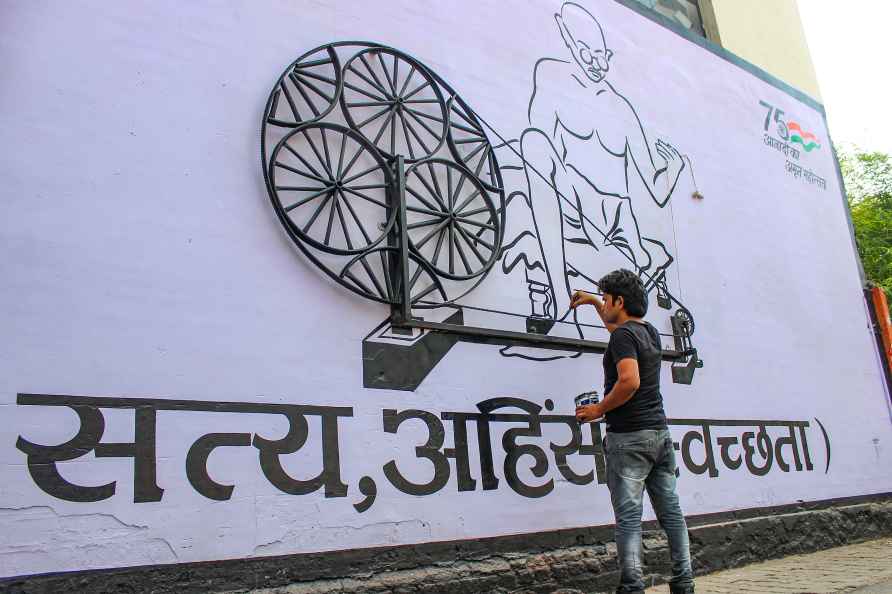 Meerut: An artist paints a portrait of Mahatma Gandhi on a wall, a day before Gandhi Jayanti, in Meerut, Saturday, Oct. 1, 2022. ( /PTI