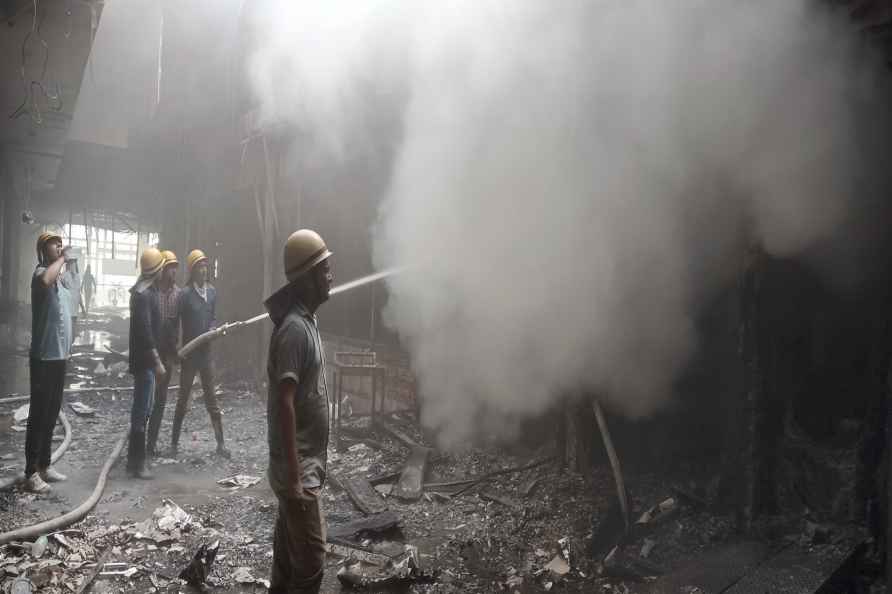 Gurugram: Firefighters try to douse a fire that broke out at a mall in Gurugram, Saturday, Oct. 1, 2022. ( /PTI