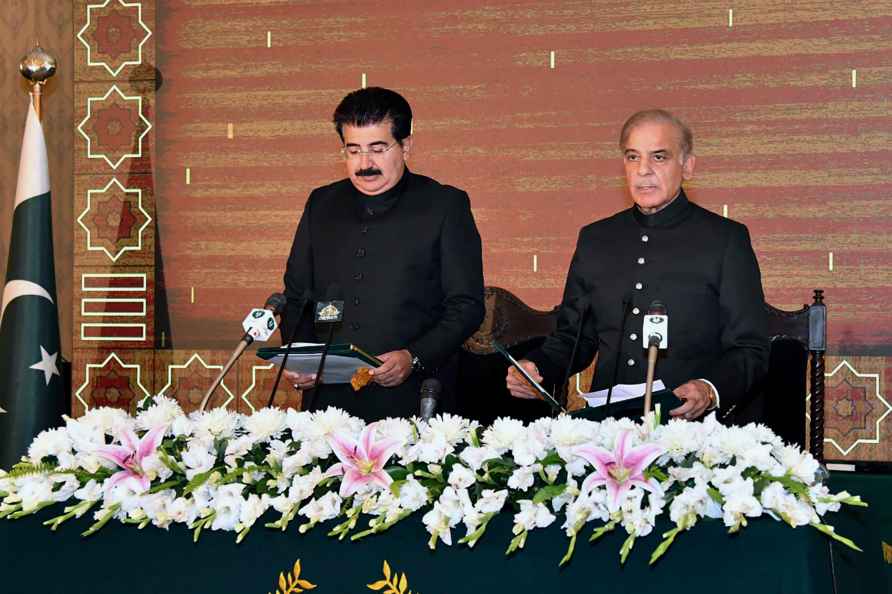 Islamabad, Sep 28 : Pakistani parliamentarian Ishaq Dar on Wednesday took oath as the 42nd Finance Minister of the country, a day after he was sworn in as a Senator. In a ceremony held in the President's House, President Arif Alvi administered the oath to Dar, reports Xinhua news agency. Dar replaced his own party, PML-N, leader Miftah Ismail, who tendered his resignation to Prime Minister Shahbaz Sharif after serving office for five months. In an interaction with the media before taking the oath, Dar said that Pakistan is facing challenges on the economic front and he will make his best efforts to overcome them. Dar, who had served as Finance Minister thrice before, was nominated by PML-N supremo Nawaz Sharif and the Prime Minister to the post during a meeting on Sunday. He arrived in Pakistan on Monday night after being in a self-imposed exile for nearly five years. /IANS