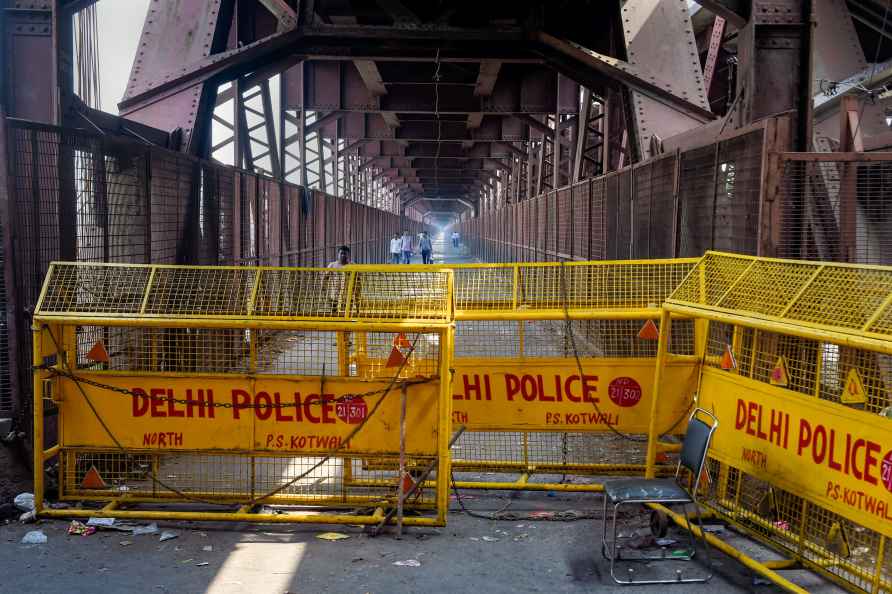 [New Delhi: Barricades on the Old Yamuna bridge as water level of the river rises, in New Delhi, Wednesday, Sept. 28, 2022. The water level in Yamuna river in Delhi started receding after breaching the evacuation mark of 206 metres. ( /PTI] New Delhi, Sep 28 : With the water level in the Yamuna river flowing above danger mark, traffic on the old Yamuna (Iron) bridge has been suspended, Delhi Traffic Police said on Wednesday. The warning level of Yamuna is fixed at 204.50m and the danger level is at 205.33m and the evacuation level has been marked at 206m. On Tuesday, the Yamuna was flowing at 206.20 m which was above the evacuation level. An evacuation alert was sounded for people living in the low-lying areas. This is the second time within two months that the authorities are evacuating the people living in the river floodplains due to flooding in the low-lying areas. Earlier, the Yamuna had breached the danger mark of 205.33 metres on August 12, following which around 7,000 people were evacuated from the low-lying areas near the riverbanks. Seeing the looming threat of floods, the authorities have started evacuating people from the low-lying areas near the Yamuna Bank. /IANS