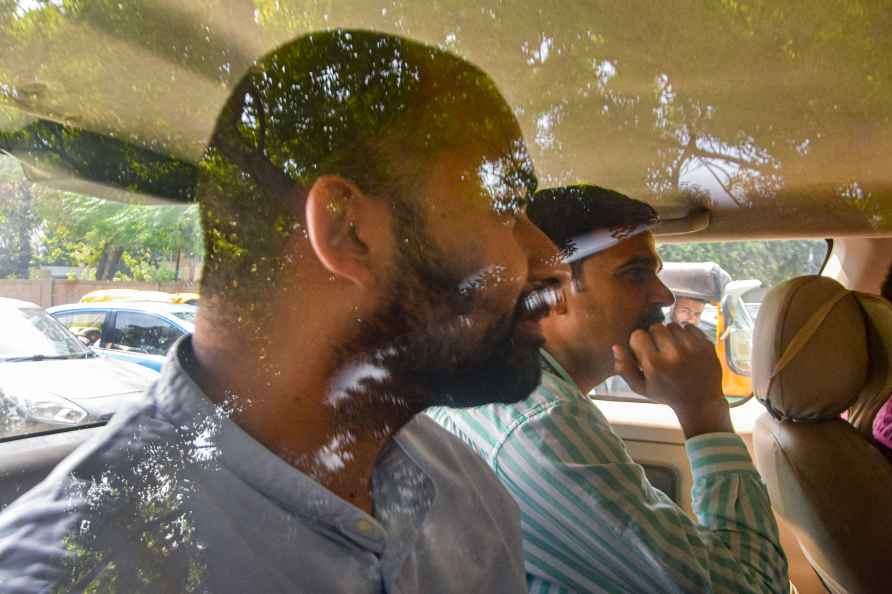 [New Delhi: AAP leader and businessman Vijay Nair being produced at the Rouse Avenue court following his arrest by CBI officials in connection with Delhi Excise Policy scam case, in New Delhi, Wednesday, Sept. 28, 2022. ( /PTI] New Delhi, Sep 28 : The Enforcement Directorate (ED) on Wednesday arrested businessman Sameer Mahendru, one of the prime accused in Delhi's excise scam case involving Deputy Chief Minister Manish Sisodia. On Tuesday, the CBI had arrested Mahendru's aide Vijay Nair in connection with the same scam. Mahendru happens to be ED's first arrest in the matter. Earlier, the ED had raided his house in Jor Bagh area of New Delhi along with forensic and technical teams. Mahendru was once a prosecution witness in a bribery case lodged by the Central Bureau of Investigation (CBI) against two DSIIDC officials Sushanta Mukherjee and Amrik Singh, who were convicted on the basis of his testimonies in 2013. And now it is the same CBI's unit which has lodged an excise policy scam case against him. It has been alleged that Mahendru transferred around Rs 1 crore in the account of Radha Industries which is reportedly owned by Dinesh Arora, a close aide of Delhi's Deputy Chief Minister Manish Sisodia. Mahendru, on behalf of Vijay Nair, the former CEO of Only Much Louder, an entertainment and event management firm (an accused in CBI's FIR), allegedly paid around Rs 2 to 4 crore to Arjun Pandey, another associate of Sisodia. There are allegations that Arun Ramchandra Pillai, a resident of Kokapet in Hyderabad, used to collect undue pecuniary advantage from Mahendru for onward transmission to accused public servant Vijay Nair. The ED is now collecting the documentary and digital evidence to nail the money trail in money laundering. The ED is trying to make a water tight case by trying to unearth the layering of laundered money. The probe in the matter is on. /IANS