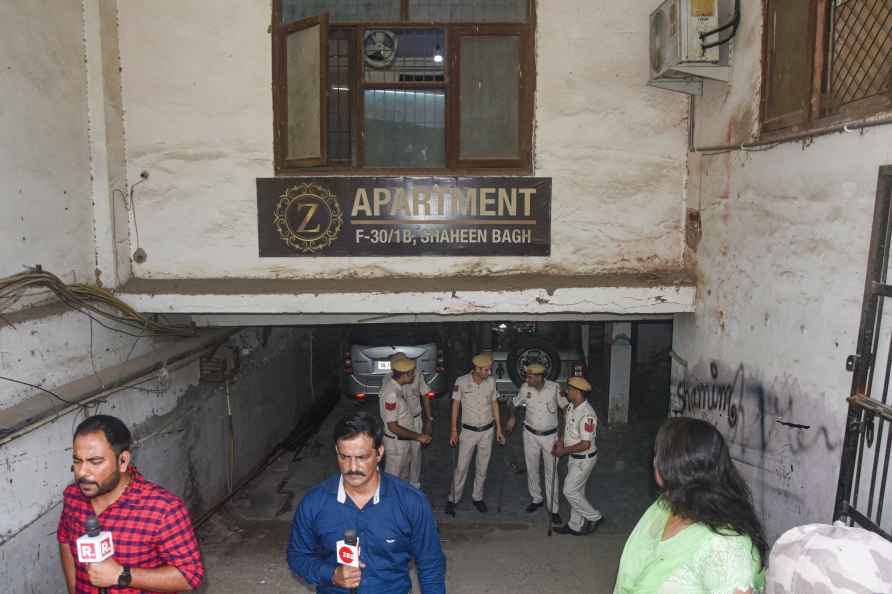 [New Delhi: Police personnel deployed at Popular Front of India (PFI) office building, at Shaheen Bagh in New Delhi, Wednesday, Sept. 28, 2022. The centre has imposed a ban on the organisation and several of its associates for their alleged terror activities. ( /PTI] New Delhi, Sep 28 : There was a heavy police presence outside the office of Popular Front of India (PFI) in the Shaheen Bagh area of the national capital on Wednesday. Notably, early morning, the PFI and its associates or affiliates were banned by the central government for a period of five years. The affiliates include Rehab India Foundation (RIF), Campus Front of India (CFI), All India Imams Council (AIIC), National Confederation of Human Rights Organisation (NCHRO), National Women's Front, Junior Front, Empower India Foundation and Rehab Foundation, Kerala as an "unlawful association". The Delhi Police, which is extra-vigilant to prevent any untoward situation that may arise due to the Centre's action, is even using "drones" to keep an eye over the Shaheen Bagh area. The police could also be seen patrolling the streets just next to the PFI office. Ten days ago, the police had already imposed section 144 in the entire Jamia Nagar area under which unlawful assembly of four or more people is prohibited. /IANS