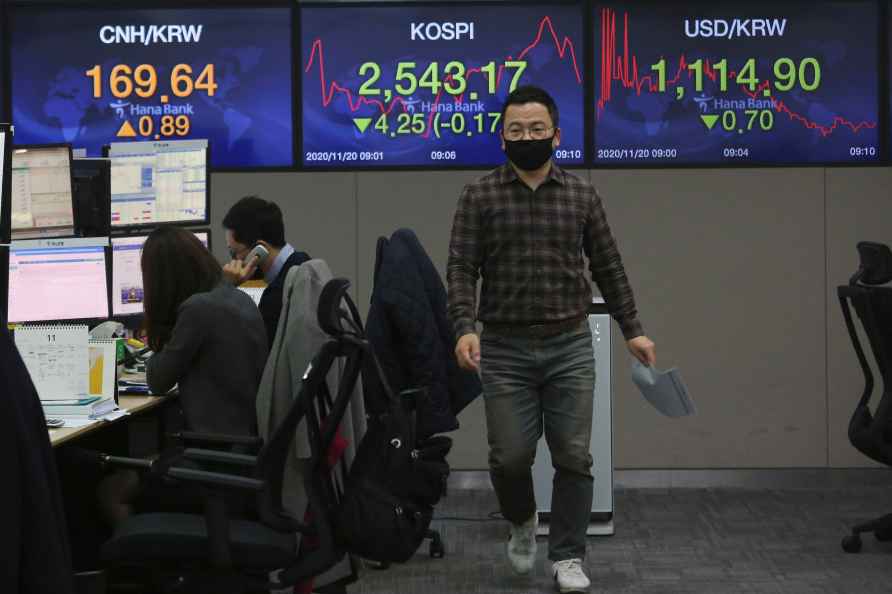 Seoul, Sep 27 : South Korean mobile carriers SK Telecom and KT Corp have raised the amount of subsidies for the high-end model of Samsungs latest foldable smartphone ahead of next month's scheduled launch of new iPhone models in the country, industry sources said on Tuesday. SK Telecom, the country's largest wireless carrier, raised its subsidies for the 512-gigabyte model of Samsung's Galaxy Z Flip 4 last Friday to range between 380,000 won ($266) and 520,000 won depending on data plan price models. The company's previous subsidies ranged between 280,000 won and 520,000 won, reports Yonhap. KT also updated its 255,000 won-650,000 won subsidy scheme for the same model to start at 265,000 won without changing its ceiling. LG Uplus Corp., the third-largest carrier, did not make changes to its subsidy program for the model. Released last month, the clamshell-style Galaxy Z Flip 4 is made to "go truly hands-free," allowing users to make phone calls, reply to texts and take photos without flipping the phone open, and has an improved user experience when uploading short videos on Facebook, WhatsApp and Instagram, according to Samsung. Industry watchers see the move of SK Telecom and KT as a means of strengthening the competitiveness of the key Samsung smartphone model amid an expected competition with Apple Inc.'s new iPhone 14 model lineup launch next month. Preorders for new iPhone models in South Korea will begin from Friday, and the products are scheduled to be released on October 7. /IANS

Putin better informed now about Ukraine war, says US
Kiev, Dec 5 : The head of US intelligence has said Russian President Vladimir Putin has "become better informed" about the difficulties facing his inv