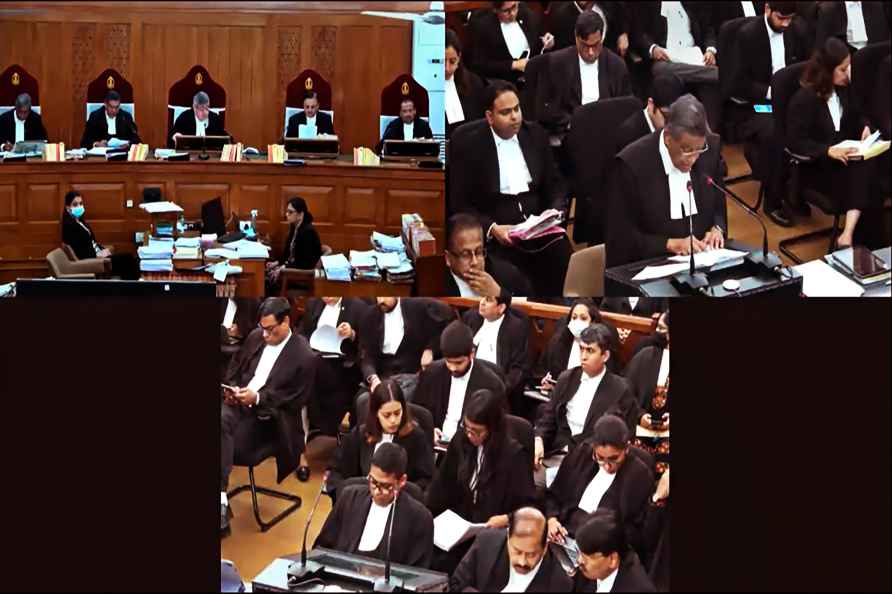 [**EDS: TO GO WITH STORY, VIDEO GRAB** New Delhi: The proceedings of three constitution benches in the Supreme Court being live streamed simultaneously on Youtube, in New Delhi, Tuesday, Sept. 27, 2022. More than eight lakh viewers watched the live stream. ( /PTI] New Delhi, Sep 27 : The day the Supreme Court live streamed its proceedings for the first time ever, more than 8 lakh viewers watched it across different platforms. An official said: "This is a humble beginning and all attempts will now be made to livestream proceedings in all important matters before livestreaming of all proceedings becomes the order of the day." Proceedings before the three separate Constitution benches were live streamed on different platforms including YouTube. "Statistics show that more than eight Lakh viewers watched the proceedings before the three Constitution benches. Truly, a historic day," added the official. A senior official at the apex court said the decision to live-stream the proceedings of Constitution benches was taken by the full court on September 20, and soon thereafter, trial runs were undertaken by the registry. "The technical support teams ensured that the live streaming was without any obstruction or difficulty and was completely seamless," said an official statement. An official said this step will go a long way in overcoming the barriers of distance and provide citizens from every nook and corner of the country the opportunity to watch the Supreme Court proceedings. The Supreme Court in its judgment in Swapnil Tripathi (2018) case had favoured live streaming the proceedings in important cases. /IANS