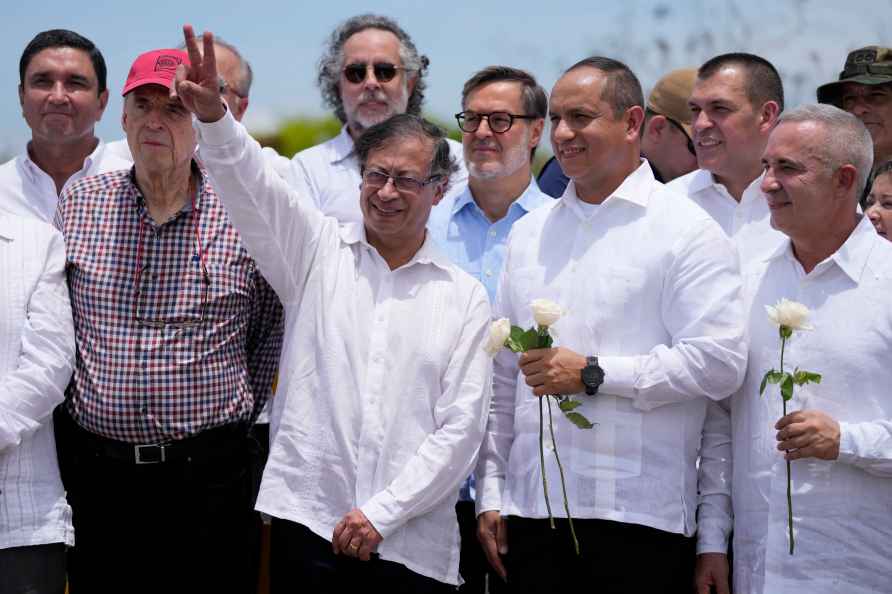 Colombia's President Gustavo Petro gestures a victory sign next to Venezuela's Transportation Minister Ramon Araguayan on the Simon Bolivar International Bridge during a ceremony to mark its reopening, between Cucuta, Colombia and San Antonio del Tachira, Venezuela, Monday, Sept. 26, 2022. Vehicles with merchandise will cross the bridge on Monday in a ceremonial act to seal the resumption of commercial relations between the two nations. /AP-PTI