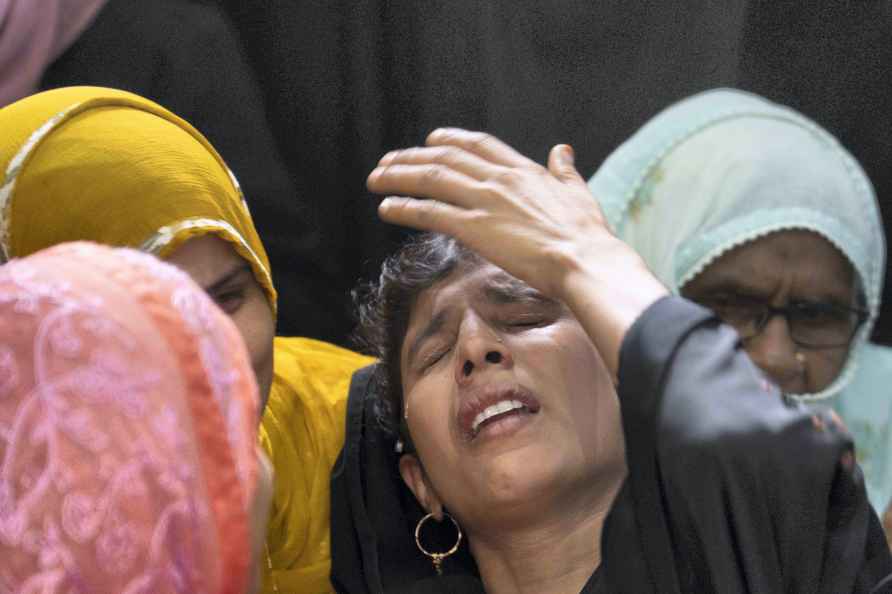 Lucknow, Sep 26 : At least 12 people have tested positive for dengue in Lucknow in the past 48 hours while reports of another 70 suspected cases are awaited. Deputy Chief Minister Brajesh Pathak has asked hospitals to remain alert and make adequate arrangements for treating dengue patients. Pathak, who also holds the health portfolio, has asked the chief medical officers of all the districts to ensure that all hospitals have adequate arrangements for treatment of fever cases. "Separate wards should be made for admitting dengue patients even at community and primary health centres. New equipments are being procured for the government hospitals in the state and single donor platelet facility will also be provided to patients. Apheresis units are being established at the divisional level hospitals in the state," he said in a statement. Experts have warned that the threat of dengue has gone up with water stagnated in several parts of the district due to rain. Prof Kauser Usman, senior faculty at King George's Medical University, said: "The next 10 days are crucial as far as dengue is concerned as cases may rise considerably." Lucknow district health education officer Yogesh Raghuvanshi said that "the state capital has reported a total 159 dengue cases since January this year". "While authorities will do their bid, every house owner should also ensure there is nothing like stagnated water outside as well as inside the house, in the balcony, flowerpots, unused items such as old tyres, utensils or any such thing. Safety from mosquito bite or dengue is in our hands and the way is to remove stagnated water where mosquito breeding takes place," said Dr Abhishek Shukla, secretary general, Association of International Doctors. "The number of fever patients coming to hospital has gone up in the past one week and it is possible it may further rise in the coming week," said a senior doctor working at a government hospital. Shukla said that self-medication in case of high fever should be avoided and a proper medical advice should be taken. "High fever may be due to dengue or any other viral infection. Hence, it is significant to diagnose it for a speedy recovery," he said. /IANS

Covid-19 hospitalisations rise in Italy: Report
Rome, Dec 1 : Hospitalisations of Covid-19 patients have surged in Italy, so have admissions to intensive care units (ICU) albeit at a slower rate, a

No ransom demand brought to notice by AIIMS authorities: Delhi Police
New Delhi, Nov 28 : After some reports surfaced on Monday evening claiming that hackers have allegedly demanded around Rs 200 cr in cryptocurrency fro