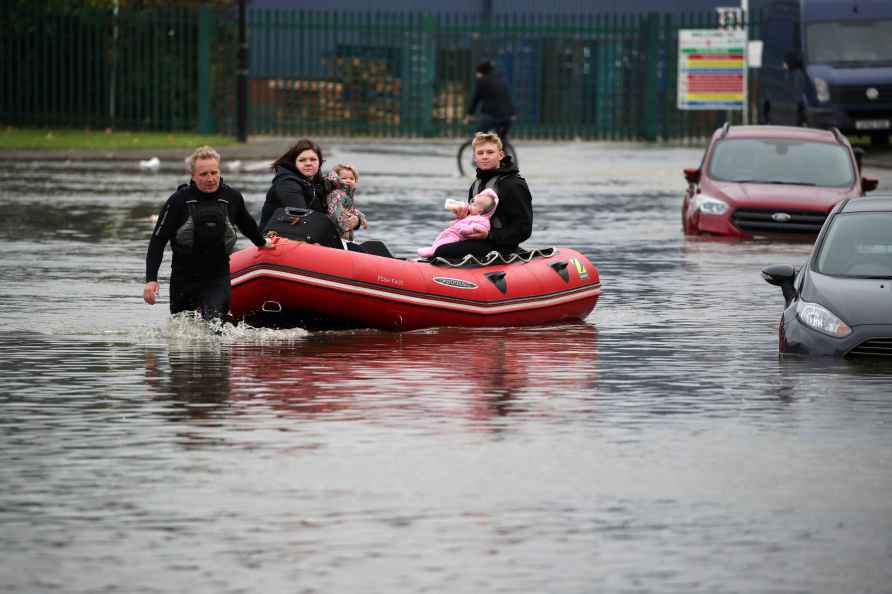 Sydney, Sep 23 : Australian states of Queensland and New South Wales (NSW) have witnessed flash floods with severe weather warnings issued, with emergency services conducting multiple rescues. The NSW State Emergency Service (SES) has been conducting rescues in the northern part of the state where flash floods occurred after over 200 mm of rainfall fell overnight, reports Xinhua news agency. The NSW SES conducted 14 flood rescues since Thursday morning, with over 190 calls for assistance. Meanwhile, Queensland has seen parts of the Gold Coast receive over 300 mm rainfall with the Bureau of Meteorology (BOM) issuing multiple flood warnings throughout the state's southeast. The heavy rain also forced a campground in Helensvale near Gold Coast to be evacuated in the middle of the night. NSW SES Commissioner Carlene York said ithat they are preparing for all scenarios. "We have pre-deployed personnel, high clearance vehicles and aviation assets to the Port Macquarie and Lismore areas and local units are on the ground ready to help their communities." "The number of flood rescues continue to rise with people being trapped in their vehicles. We are again reminding people to monitor road conditions and if you should come across flood-affected roads, make the safe decision, turn around and find an alternate route," York said. The rain appears to have eased as of Friday morning, with the BOM cancelling its severe weather warnings. However, it is still monitoring the situation closely, advising people to stay clear of any creeks or rivers, and be aware of possible debris on the road. /IANS

Dry, cold weather with misty mornings likely in J&K, Ladakh
Srinagar, Dec 4 : Weather was cold and dry in J&K and Ladakh during the last 24 hours as the Meteorological (MeT) office said on Sunday that cold, dry

Lucknow ranks at the top in clean air survey
Lucknow, Dec 4 : Lucknow has been declared the 'No.1 city' in the national ranking of 'Clean Air Survey', and received a reward of Rs 1.50 crore along