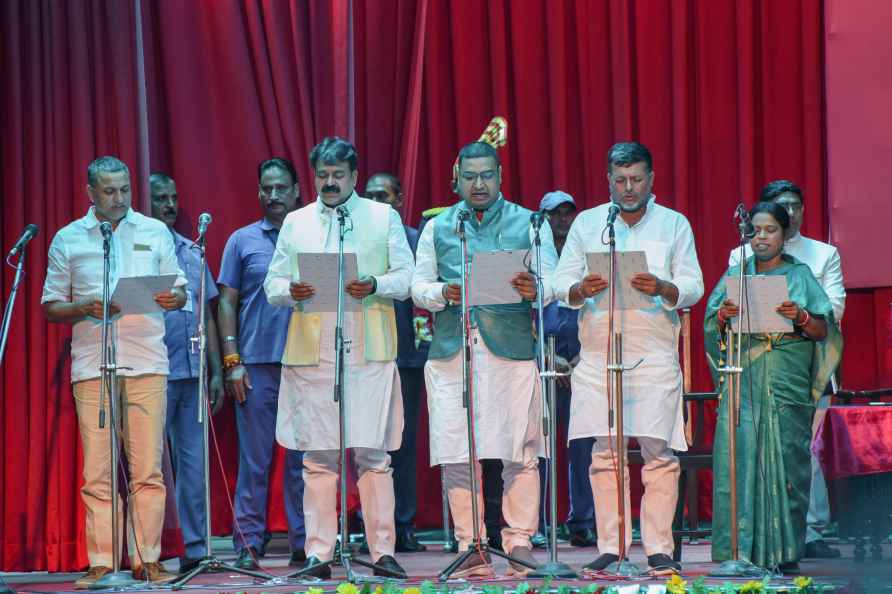 Patna, Sep 23 : Bihar Governor Phagu Chauhan was airlifted to Delhi for some medical treatment on Friday morning. A Special air ambulance took him to Delhi and he will soon be admitted to AIIMS. Chauhan was earlier admitted to Indira Gandhi Institute of Medical Sciences (IGIMS) in Patna after he became semi unconscious on Thursday night. The Governor was suffering from fever for the last one week and was reportedly having high fever for the last couple of days. Earlier, Dr Manish Mandal, the superintendent of IGIMS, had said: "Bihar Governor Phagu Chauhan is admitted in a private ward of IGIMS. He is under observation of a team of doctors. The doctors have detected infection in his urinary tract and his health is improving now. /IANS

Unwell Bihar Governor airlifted to AIIMS Delhi for treatment
Kolkata, Jan 28 : In view of the forthcoming polls to the three-tier panchayat system in West Bengal scheduled this year, the state unit of BJP has de

Unwell Bihar Governor airlifted to AIIMS Delhi for treatment
Bhopal, Jan 28 : Senior Congress MLA and Leader of the Opposition in Madhya Pradesh Legislative Assembly, Govind Singh said on Saturday that he has re