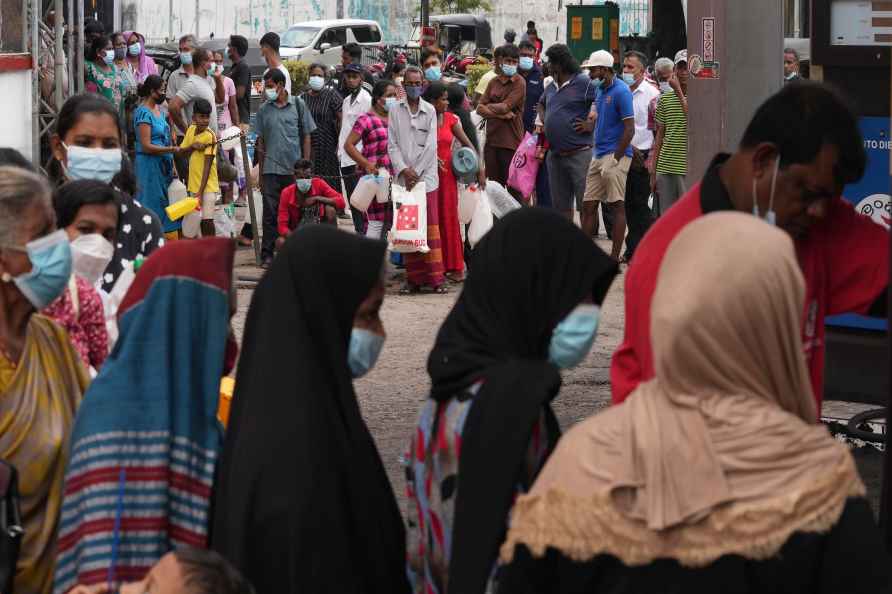 By Susitha Fernando Colombo, Sep 23 : Sri Lanka will on Friday present its economic woes, debt restructuring plans and a deal that it struck with the International Monetary Fund (IMF) to external creditors in an attempt to recover from the ongoing economic crisis, the worst since the island nation gained independence in 1948. Officials from the Central Bank of Sri Lanka, Finance Ministry higher-ups and its legal advisers Clifford Chance will make the virtual presentation to all creditors. including India and Japan which holds around $4.9 billion of Colombo's debt. The presentation comes a day after 16 diplomats and six missions virtually joined from New Delhi assured Sri Lanka that support would be given for the country to overcome the grave financial crisis. "The foreign ambassadors assured President Ranil Wickremesinghe of their support to get IMF assistance for Sri Lanka to recover from the economic crisis," the President's Office announced after Ambassadors' Forum on Debt Restructuring and IMF Program held on Thursday. The envoys, members and non-members of Paris Club, expressed confidence that Sri Lanka would be able to get out of the dire situation, the Office added. The Paris Club comprises a group of officials from major creditor countries which had welcomed the staff level agreement between Sri Lanka and the IMF for a 48-month plan under extended fund facility to restore macroeconomic stability and debt sustainability. Earlier this month, the President's Office announced that the Paris Club also would coordinate with non-Paris Club bilateral creditors to ensure financial security for Sri Lanka. Also in September, Sri Lanka reached the preliminary deal with the IMF to get a $2.9 billion in loans over four years but the disbursement is subject to agreement of the country's creditor on debt restructuring. India, Sri Lanka's closest neighbour which has offered nearly $4 billion in financial assistance since January, has canvassed with other countries for the support of the island that had suffered three decades of war, the Easter Sunday attack in April 2019, Covid pandemic and political crisis which had blocked its main foreign income generators including tourism, foreign labour and exports. "We continue to be supportive of Sri Lanka in all possible ways, in particular by promoting long-term investments from India in key economic sectors in Sri Lanka for its early economic recovery and growth," the Indian High Commission stated on Tuesday. "India has also advocated to other bilateral and multilateral partners supporting Sri Lanka expeditiously in its current economic difficulties. We have also noted the conclusion of a Staff Level Agreement between IMF and Government of Sri Lanka. Its further approval within IMF is contingent upon, inter alia, on Sri Lanka's debt sustainability." Faced with the severe financial crisis which led to the shortages of essentials like food, fuel, medicine, as well as long hours of power cuts, Sri Lanka defaulted its debts in April. In protest, people from all walks of life took to the streets, triggering the resignation of the former Prime Minister Mahinda Rajapaksa-led cabinet in July. Former President Gotabaya Rajapaksa had also fled the country. /IANS