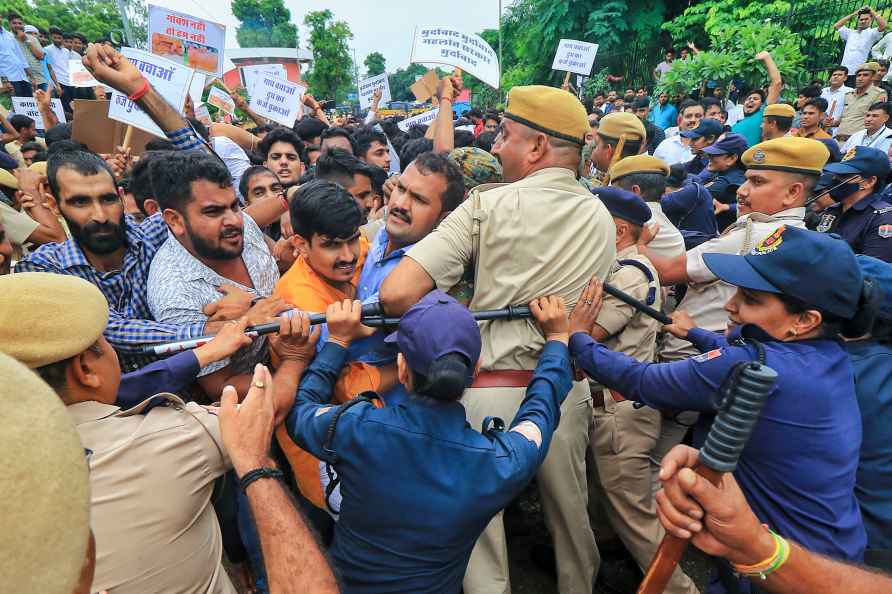 Jaipur: Police personnel try to stop Gau Rakshak activists during a protest against state government over deaths linked to lumpy skin disease among cattle in the state, at Shahid Smarak in Jaipur, Friday, Sept 23, 2022. ( /PTI