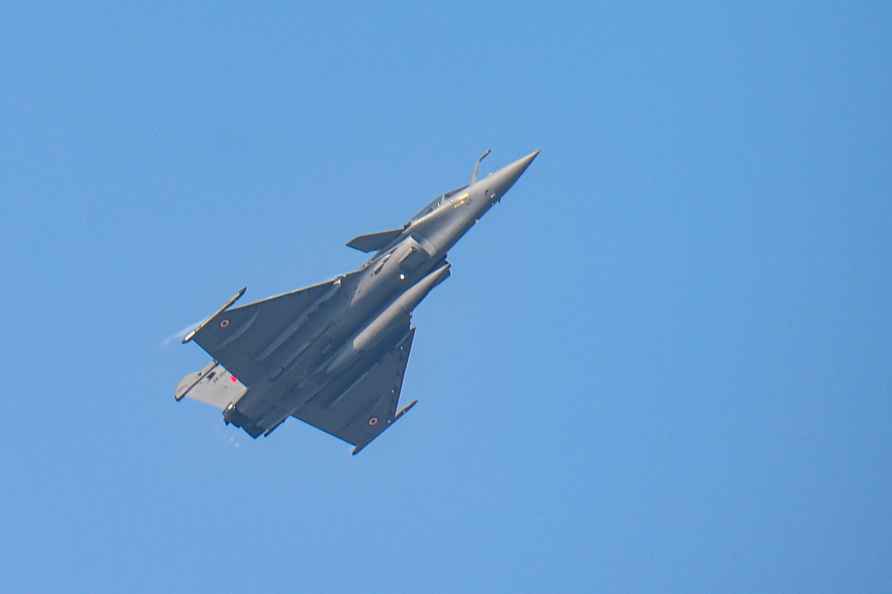 New Delhi, Sep 20 : Pakistan has received the second consignment of six J-10C fighter aircraft from China, which is being referred to as 'Dragon from the East' by the Pakistani Air Force. As per local media reports in Pakistan, the second batch of six China-made J-10C aircraft has arrived in Pakistan, taking the total number of such fighter jets to 12. Confirming the development, Pakistan Strategic Forum tweeted, "Pakistani local media (92 News) has confirmed the delivery of additional (2nd Batch) 6x J-10C to Pakistan Air Force, which takes total delivered J-10C to 12. Earlier, serial no. 22-101 to 22-106 (6x J-10C) were delivered, now if report is correct it will be 22-107 to 22-112." Pakistan Strategic Forum (PSF) is an independent think-tank run by an international team of researchers. The Pakistan Air Force had commissioned the first batch of six J-10C fighter aircraft in March this year. At that time, then Prime Minister Imran Khan had said, "Unfortunately, efforts are being made to create an imbalance in the region and to address this, a big addition has been made today to our defence system." Khan was referring to India's acquisition of Rafale fighter jets. Then Interior Minister Sheikh Rashid Ahmed had said that Pakistan will acquire a full squadron of 25 Chinese multirole J-10C fighter jets in response to India's purchase of Rafale aircraft. /IANS

New Delhi, Sep 20 : Pakistan has received the second consignment of six J-10C fighter aircraft from China, which is being referred to as 'Dragon from the East' by the Pakistani Air Force. As per […]

Kohima, Sep 20 : The Isak-Muivah faction of the National Socialist Council of Nagalim (NSCN-IM) once again reiterated that the "God given Naga Nation Flag is non-negotiable in the name of Naga politic […]

EWS quota not eroding reservation for SCs, STs and OBCs, Centre to SC

New Delhi, Sep 20 : The Centre on Tuesday told the Supreme Court that the economically weaker sections (EWS) have been given 10 per cent quota in admissions and jobs out of 50 per cent general categor […]

Jaipur, Sep 20 : Vice President Jagdeep Dhankhar on Tuesday said that legislators and MPs should understand the basic spirit of the Constitution. Speaking at a function organised for his felicit […]