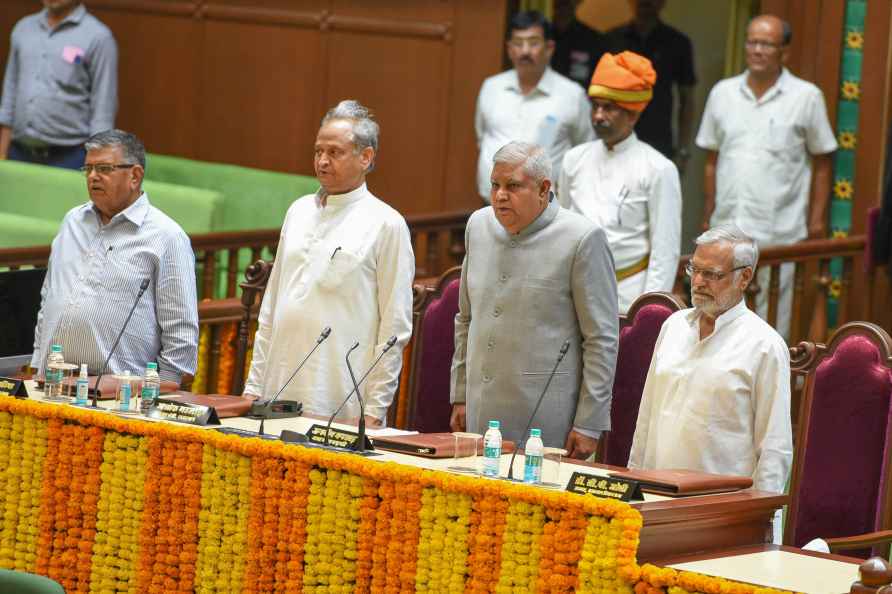 Jaipur, Sep 20 : Vice President Jagdeep Dhankhar on Tuesday said that legislators and MPs should understand the basic spirit of the Constitution. Speaking at a function organised for his felicitation in the Rajasthan Legislative Assembly, he said, "The functioning of Parliament and Legislative Assemblies remains the asset of a healthy democracy. The working style of public representatives should be exemplary for the people to strengthen democracy," he added. Dhankhar described accountability and transparency as the main functions of Parliament and Legislative Assemblies and asked the members to use the House to express their views. At the same time, he said that none of the three organs of the state - legislature, executive and judiciary - are superior to each other, they all come under the Constitution. Presiding over the programme, Assembly speaker Dr. C.P. Joshi said that the entire House is proud that the Vice President Dhankhar has been a member of this assembly. He is the second person after Bhairon Singh Shekhawat to take the coveted Vice President chair. Chief Minister Ashok Gehlot congratulated Dhankhar on being elected to the second highest post of the country and said that it is a matter of pride for all of us in the state. He said that Dhankhar has always brought glory to Rajasthan. Even as the Governor of West Bengal, he always kept his doors open for the migrant Rajasthanis and helped everyone in every possible way. The Chief Minister said that he has full confidence that he will make every effort for the progress of Rajasthan even after being the Vice President. Leader of the Opposition Gulab Chand Kataria said that it is a golden day for the Rajasthan Legislative Assembly that a member of this House and a person brought up in this part of state has attained the post of Vice President. Dhankhar inaugurated the felicitation ceremony by lighting the lamp. On this occasion, Joshi, Gehlot and Kataria welcomed Dhankhar by presenting a sapling. Earlier, the Vice President was received by Joshi and Gehlot in the assembly premises. On reaching the Assembly, the Vice President was given a guard of honour. /IANS

Jaipur, Sep 20 : Vice President Jagdeep Dhankhar on Tuesday said that legislators and MPs should understand the basic spirit of the Constitution. Speaking at a function organised for his felicit […]

New Delhi, Sep 20 : Kashmiri bureaucrat and 2010 IAS topper Dr Shah Faesal has approached the Supreme Court seeking to remove his name from a plea against the revocation of Constitution's Article 370 […]