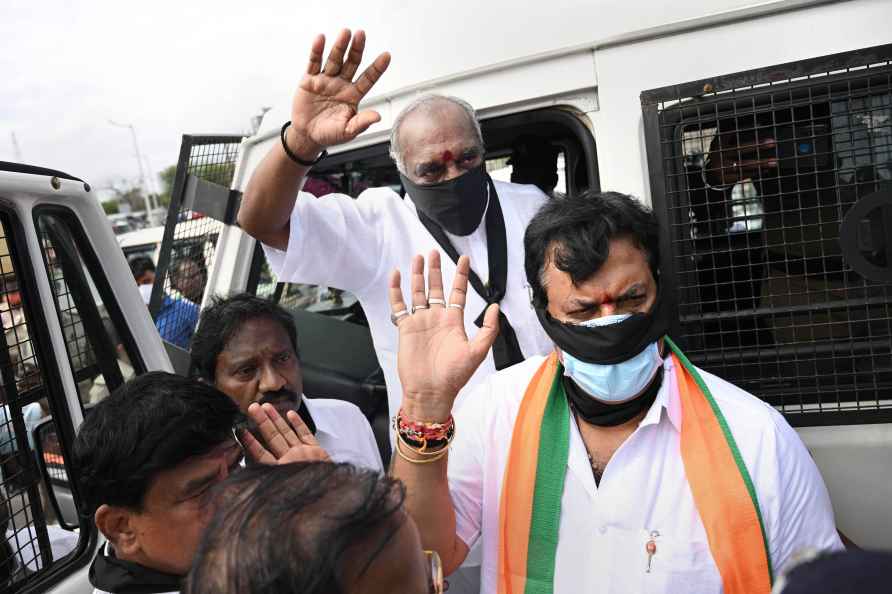 Chennai, Sep 20 : Senior DMK leader and former Union Minister Subbulakshmi Jagadeesan has quit the party. She was deputy general secretary of the DMK. Jagadeesan submitted her resignation to DMK president and Chief Minister of Tamil Nadu M.K. Stalin on August 29. In a statement on Tuesday, the former Union minister said that she had quit the party as it was her long-term wish to quit active politics. Jagadeesan in the statement said that after her tenure as MP in 2009, she had conveyed to the then party president, M. Karunanidhi that she was interested in party work and was working for the development of the party at the grassroots. She said that after the passing away of Karunanidhi, her solo objective in party work was to make the party president M.K. Stalin the Chief Minister of Tamil Nadu. The former Union minister said that the DMK registered a massive victory in the 2021 assembly elections and Stalin was sworn in as the Chief Minister of the state. She said that Stalin becoming the Chief Minister of Tamil Nadu has given her tremendous satisfaction. /IANS

Hamilton, Nov 27 : Despite a decent 36 in the ODI series opener against New Zealand in Auckland on Friday, right-handed batter Sanju Samson was dropped from the playing eleven for the second match at […]