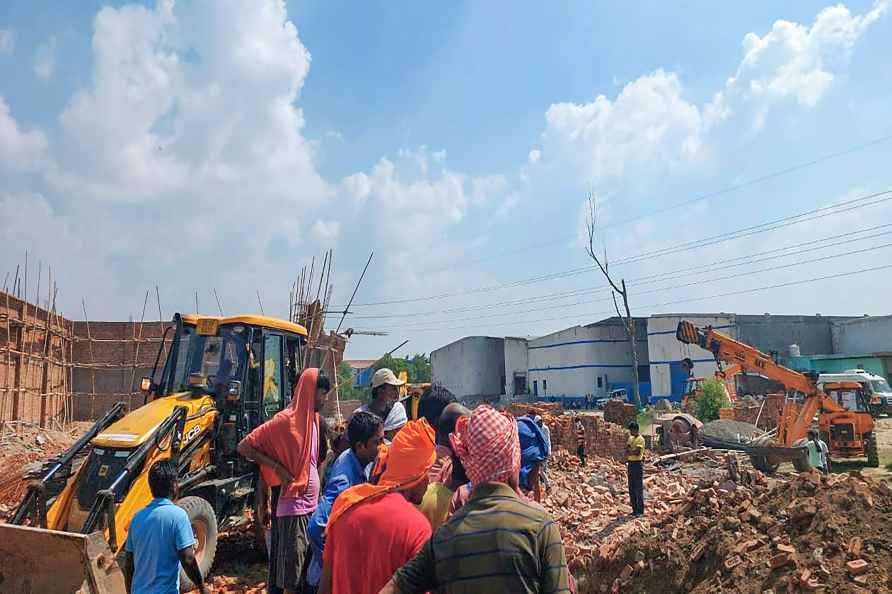 Noida, Sep 20 : As many as four labourers were killed after an under-construction wall collapsed here in Gautam Buddha Nagar district of Uttar Pradesh on Tuesday morning. "A boundary wall at Jalvayu Vihar in Sector-21 has collapsed. All senior police officials are present on the spot and rescue operation is currently underway on war-footing," an official said. The official confirmed to IANS that as many as six labourers were rescued in an injured state from the debris and were rushed to district hospital and Kailash hospital. "Four among them have succumbed to their injuries while two are still admitted," the official said. As per latest reports, the rescue operation is still underway and a JCB-crane has been employed to remove the debris. /IANS

England's Ollie Pope, left, and Harry Brook run between the wickets during the first day of the first test cricket match between Pakistan and England, in Rawalpindi, Pakistan, Dec. 1, 2022. /AP-PTI […]

England's Ollie Pope, left, celebrates with teammate Harry Brook after scoring century during the first day of the first test cricket match between Pakistan and England, in Rawalpindi, Pakistan, Dec. […]