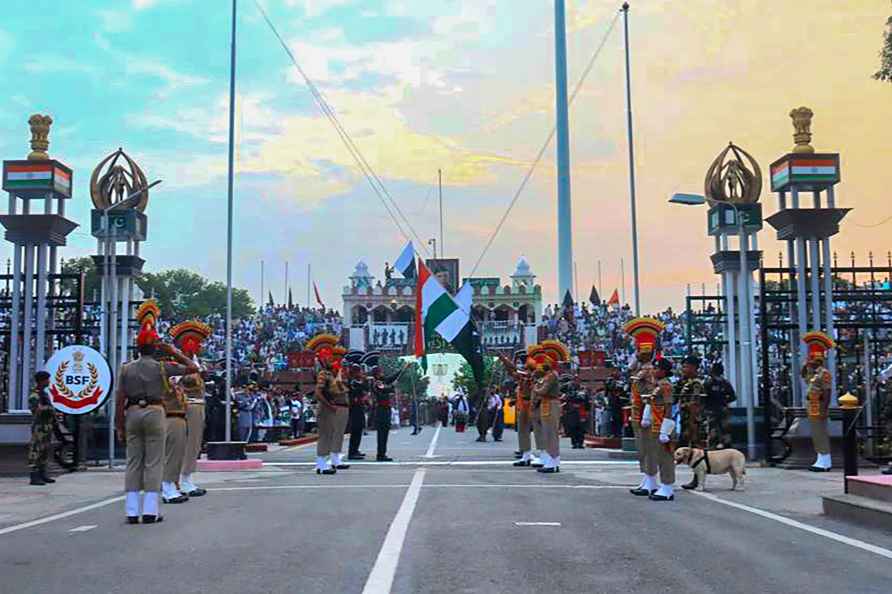 Amritsar, Sep 19 : A Pakistani drone dropped weapon, ammunition and drugs inside Indian territory in the wee hours of Monday. According to sources in Border Security Force (BSF), one Pakistani drone was spotted near Pul Moran inside Indian territory near Amritsar at around 2.45 a.m. on Monday. A BSF's patrolling party swung into action and opened fire towards drone following which the drone dropped a bag hanging with it and returned to Pakistan. The BSF carried out a search operation and recovered the bag which contained one pistol, one magazine, eight rounds and three kg heroin. /IANS

Pak govt join heads to tackle resurgence of TTP, IS
By Hamza Ameer Islamabad, Dec 1 : After the announcement by the banned outfit Tehreek-e-Taliban Pakistan (TTP) of ending the ceasefire agreement wi