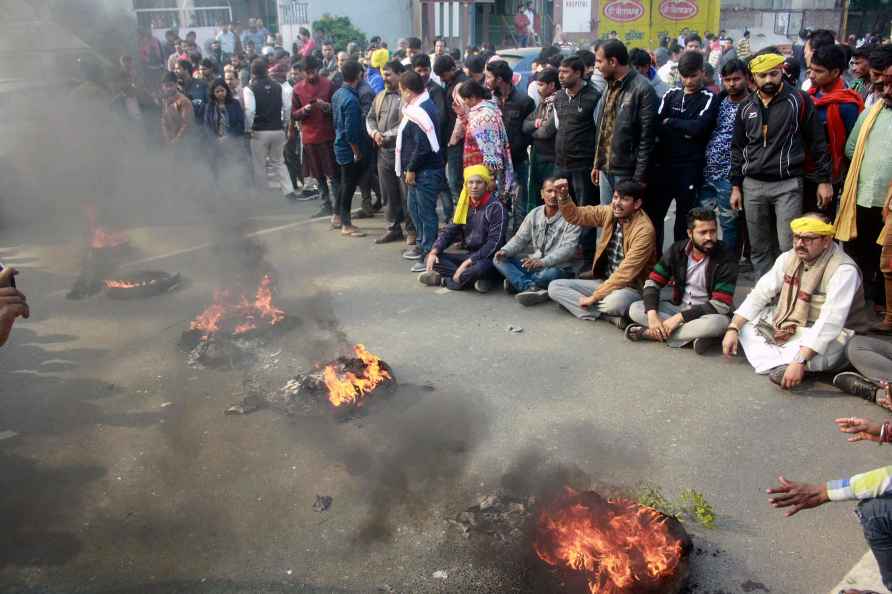 Pilibhit (UP), Sep 19 : A Dalit girl, who was allegedly gang-raped and set on fire by two men, succumbed to her injuries on Monday. The body will be handed over to her family after autopsy, said a police official. According to police, the incident took place in Kunwarpur village. The accused had later poured diesel and set her afire. She was battling for her life at the hospital but succumbed to her injuries after 12 days. The two accused have been arrested. /IANS

New Delhi, Jan 28 : A country that wanted to snatch Jammu and Kashmir from India has plunged into a deep economic crisis. The Pakistani rupee has fallen to an all-time low, medicine stocks are at the […]

Magnificent Mughal Garden to be known as 'Amrit Udyan'

New Delhi, Jan 28 : The famous and magnificent Mughal Garden will now be known as 'Amrit Udyan'. Keeping in line with the theme of 'Amrit Mahotsav' marking 75 years of India's Independence, the name o […]